Fairies, Fairies Everywhere—Tales, That Is 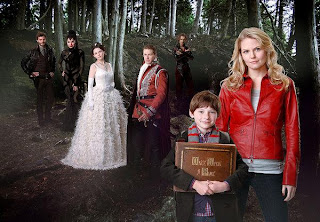 The following was originally a guest post I wrote for Teen Reads last month. I thought I'd share it here at Project Mayhem because it seemed so timely—fairy tales are just really "in" right now. Loving it, loving it!! I mean, you have to admit, the trailer for Snow White and the Huntsman looks pretty cool:


*****************
With major television networks premiering shows such as Once Upon a Time and Grimm and a number of fairy-tale-themed movies slated to hit the big screen in 2012, including retellings of Snow White and Hansel and Gretel, fairy tales seem hotter than ever. And why not? There’s a lot to find appealing—magic, adventure, romance, fantastical creatures, heroes performing daring feats, good versus evil. Fairy tales are fun and familiar. They entertain, with the added bonus that there’s usually a moral or two thrown in for good measure. 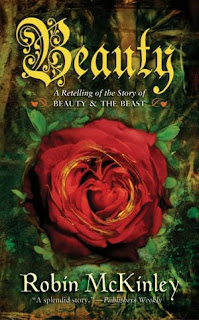 Fairy tales in one form or another have, of course, long been a staple in the world of children’s books. One of my favorite books as a child—and still to this day—is Robin McKinley’s BEAUTY, a lovely retelling of BEAUTY AND THE BEAST with the ironic twist that Beauty isn’t beautiful.
This is the perfect example of a fractured fairy tale, a fairy tale in which some element of the original story has been changed. Fractured fairy tales are right up my alley, because while I love traditional tales, I also love stories that do the unexpected or contain some type of twist. And, as entertaining as stories of old can be, I think it’s quite obvious to modern readers how outdated some of the mentalities behind these tales can be. There’s a delicious sense of rebellion in revisiting them with modern sensibilities in mind. I enjoy how fractured fairy tales challenge the archaic or superficial in old stories—the role of female characters, the focus on wealth or materialism, the emphasis placed on beauty and good looks.
A very common fairy tale motif features a princess being saved from a dragon by a handsome prince or courageous knight. When I sat down to write my own fractured fairy tale, I thought, what if the princess wasn’t so helpless and was perfectly capable of rescuing herself? What if the dragon wasn’t a ferocious beast but a timid creature with a heart? What if the handsome prince wasn’t a hero but a villain? And what if the princess and the dragon actually teamed up against him? And so, my first novel, IVY'S EVER AFTER, was born—a fairy tale about a princess seeking out her own “ever after,” rather than having one thrust upon her.
The sequel, IVY AND THE MEANSTALK, continues that idea of twisting a traditional fairy tale. JACK AND THE BEANSTALK has always been my least favorite fairy tale, because Jack never seemed like much of a hero to me. He seemed like a lazy, thoughtless boy who stole and did other not-so-nice things. So MEANSTALK is my reimagining of JACK AND THE BEANSTALK with a rather dim view of Jack.
Most of all, I love fractured fairy tales because these new takes on the familiar offer an important reminder: “happily ever after” isn’t one-size-fits-all. There are as many unique adventures out there as there are characters—and readers—to have them.

Email ThisBlogThis!Share to TwitterShare to FacebookShare to Pinterest
Labels: Dawn Lairamore, fairy tales, inspiration, Ivy and the Meanstalk, Ivy's Ever After