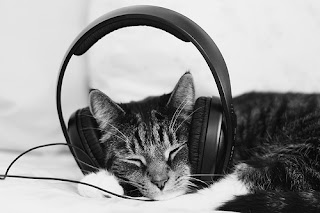 So, I've never been into audio books and not because I don't like them or I have anything against them. I just never had a need for them. Well, at least not until now.

Like most of you, I have one of those things commonly referred to as a full-time job. (I know, shocking stuff!) I love my job. I really do, but I find myself caught in massive Chicago traffic both ways--like 45 minutes to an hour traffic. I like music, but I've never been a huge listener, most of the time I turn the radio off and concentrate on whatever WIP I have going on in my head. Recently, with the demands of my job, I've had no time to read, so I turned to an audio book, so I can listen to it while I'm stuck on the endless highway.

Now I'm not going to tell you what book I was listening to. It was a children's middle-grade novel (go figure).  It was read by one woman, who played all the parts, getting into different voices and even pretending to be several different male characters. At first, I couldn’t stand it. I have to say, it weirded me out a little--especially when the narrator played more quirky characters and tried to make her voice all scratchy and cracked. Some of the voices were so over the top it was almost hard to listen to, but then I realized, it made the story much more interesting. It made it easier for me to tell the characters apart while not being able to stare at the written word. Best of all, I was retaining the information AND I wasn't talking on my cell phone while driving! Major safety plus for audio books! 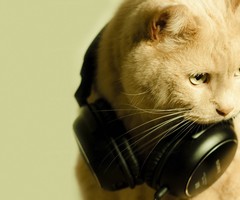 So now...I love them! Plus, I've got my four-year-old daughter hooked on them too, and keeping her quiet in a long car ride is a major accomplishment--trust me!

So what do you think of audio books? Love them? Hate them? Any middle-grade favorites you'd like to recommend?

I know many audio books are simply narrated. They don't get much into different characters or dramatics. The book is simply read aloud. Which do you prefer? Do you like when the narrators get into character or do you like a nice clean read with no theatrics?