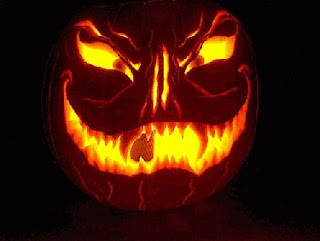 When I knew I was going to be doing a post on October 31st, I realized I should do one on good middle grade scary stories to fit the Halloween season. The only problem is that I am not much of reader of horror, not even middle grade. The movie Burnt Offerings (anyone remember that?) which I saw many years ago, steered me away from most horror ever since.
For the sake of the post, I decided I could manage to go back to reading horror and see if it’s something I might want to take up again. After reading about a dozen books, I selected four of my favorites. I discovered for the most part, I like my horror with a little humor, though one of the books below doesn’t fit that condition. It was so good, it didn’t matter!
Here they are:
THE CROSSROADS by Chris Grabenstein 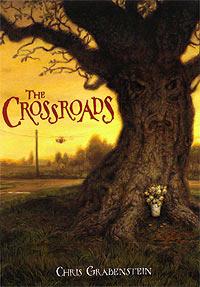 The first in a series about a boy named Zack who sees ghosts not of the friendly Caspar persuasion. Relieved to move to Connecticut, away from the ghosts he’s seen in New York, he soon discovers his small town is just as full of evil spirits, including one that’s released from an oak tree after a storm. Since Zack is one of the few who can see them, it’s up to him and his new stepmom to figure out who the ghost is and how to get rid of him. 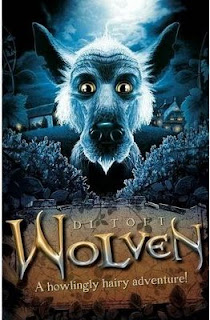 I am drawn to stories about secret government agencies, so this story drew me right in. Nat Carver’s granddad intends to buy him a puppy, but somehow they end up with a giant mangy beast who seems to have telepathic powers. Nat learns his dog is not a dog at all, but a werewolf from an ancient clan, one who the evil scientists want to capture, so they can figure out how to replicate its powers. Set in England, the story starts out funny, but quickly gets more suspenseful and intense. 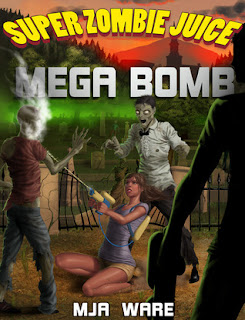 The only exposure I’ve had to zombies is an old Vincent Price movie, THE LAST MAN ON EARTH, so I was a little hesitant to read this. Mr. Ware manages to turn a zombie story into a clever battle of three smart kids who use science to battle their zombified town. The kids use a Walmart superstore as their base, determined to find a way to survive the plague of shuffling creatures who are equally determined to find a way inside the store. While I am still not a zombie lover, this book was well worth the read. 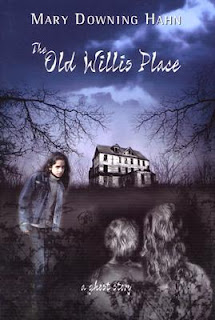 Even though this was the scariest and saddest of the books I read, I finished this in one sitting. A girl, Diana, and her little brother live in the woods behind an empty, decaying old mansion, following a strict set of rules to remain unseen. When a new caretaker arrives with his daughter Lissa, Diana, against her own better judgment, decides she wants a friend. As she gets to know Lissa, Diana realizes the girl is the key to releasing her and her brother from the secret that has kept them hidden for so long.

Any other recommendations? I may now be willing to read a scary story once in a while, as long as it’s not a dark and stormy night.
~ Dee Garretson
Posted by Project Mayhem at 10/31/2012