Young Writers and the Siren Call of Publishing

How to Encourage Young Writers 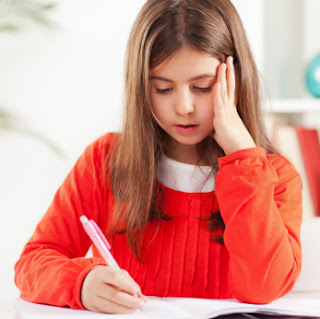 As I’ve been trying to finish what has been an extremely difficult manuscript for me, I’ve also been trying and not so successfully keeping up with other aspects of the writer’s life. One of those I find most challenging are emails I get asking me to read and critique a young writers’ work, and also to give them advice. I’m talking young, young writers-fifteen, twelve, even ten. And what bothers me the most is the question “How do I get this story published?”
First of all, I feel weird giving anyone advice. Am I really that old? Second, what to say to these requests? I don’t know what other writers do. All of the requests I’ve had so far have come from people who are acquaintances, so it feels odd to say no.  Besides the biggest issue of time, I also wonder how detailed a critique I should give of a twelve-year-old’s  story. It would be different if I were their teacher, but since I’m not, I don’t know where the line is between honesty and encouragement. All writers have to develop thick skins and be able to deal with critique, but should I be the one to give a young writer the first hint of how tough publishing can be?
And as I mentioned above, the question always comes up of how to get a story published, not at some point in the future after a writer has honed their craft, but now, right now, because the story is finished. The internet has made publishing a goal that seems within reach of everyone, even ten year olds. I also get this question in my skype session with classes. There is often one student who has written a short story and wants to publish it.
Up until now, I’ve tried to tell them it’s better to concentrate on writing to get better at it, not for the goal of publishing. It makes sense, but I can tell from the reactions I get, this is not the advice they are going to follow. So here’s my new answer I’ve just come up with a few days ago. (I have an email I need to answer from a teacher acquaintance about one of her students.) I’m going to be honest-The publishing business is hard even for adults. The amount of rejections can be so discouraging that writers lose the desire to write, and that is the worst thing that could happen to a young writer who has barely begun. So I plan to tell them to write until they’ve built up a substantial body of work, and then see if they think they are ready to publish. That will still not be what most want to hear, nor will it be the advice many will follow, but I’ll feel better giving it.
Any other suggestions? I know we have many teachers out there who may be able to give some valuable advice.