On Despair and the Writing Process, by Anne Nesbet

As it happens, I am someone who enjoys every one of the pleasant, fulfilling, creatively satisfying stages of writing a novel: 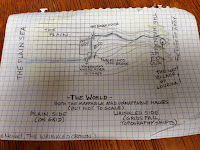 --the brainstorming and researching and worldbuilding that set the stage for the story;
--the plotting and outlining that give that story its shape; 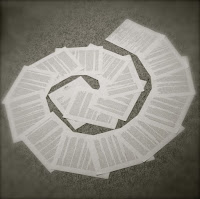 --the thrill of writing the first draft;
--the careful process of revising and revising again and revising yet a third time and then revising some more.

I really do love it all. 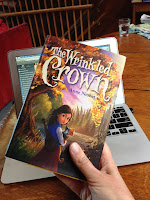 And yet, at some point during each of these pleasant, fulfilling, creatively satisfying stages in the writing process, I experience something that isn't pleasant at all: 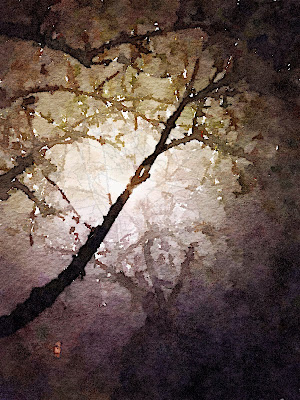 That's a very strong word, I know, but I'm afraid it's accurate. The despair comes in various flavors:

1. "Nothing will come of this. Nothing."

2. "This is bad. I've lost my magic touch. I will never write anything good again."

and 3. "No one will ever like anything I write."

Recently I have been thinking about these familiar old despairing thoughts, about where they come from and why they well up so predictably, like some clockwork geyser of misery, when I'm working on a new story.

Let's take #1: Nothing will come of this. This is the deepest, the broadest, and the hardest to avoid of all the Dark Thoughts. It's also a very sneaky Dark Thought, because depending on how you look at things, it is "true": look far enough ahead, and nothing comes of anything. Human beings are mortal. Books vanish. In 7.6 billion years, the sun will grow so large that it swallows the earth.

Seen in that light (the light of the catastrophically greedy future sun), it is quite true that any one middle-grade novel written in 2016 or 2017 is not going to amount to much. :)

The problem here is one of choosing the wrong frame of reference. The lifespan of the sun? WRONG FRAME. Too big.

Finishing this novel? When you're at the start of writing a first draft, even the relatively minor slip into thinking of the book as a whole can bring on despair. A novel is a big project. How can anyone expect herself to write twenty-five whole chapters? Hundreds of pages? All those thousands and thousands of words? Once again: WRONG FRAME. For now, just focus on chapter one, and let chapter twenty-two take care of itself when its time comes.

Despair simply thrives on Wrong Frames of Reference. But if we narrow our frame, everything seems more manageable: this chapter, this page, this minute, this sentence.

Since everything's blooming on my street this week, I have been thinking about Robert Frost's wonderful poem, "A Prayer in Spring," which is all about frames of reference. Here's how it begins:

Oh, give us pleasure in the flowers to-day;
And give us not to think so far away
As the uncertain harvest; keep us here,
All simply in the springing of the year.

All harvests are uncertain, yes. But that doesn't mean the flowers today amount to nothing! 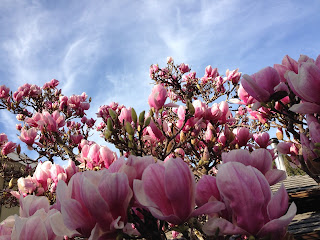 So what about that second flavor of despair? "This is bad! I've lost my magic touch! I'll never write anything good ever again."

It's a terrible feeling. But really, was it "magic" that wrote your books in the past? Really? Wasn't work involved? Didn't you say you did umpteen revisions before you and the editor were satisfied?  No, no: it's persistence that counts, not magic.

And #3, about nobody liking the book once it's written. Well, we don't control that, do we? That's out of our hands. Plus it's almost certain that SOMEONE somewhere sometime will like this story. You'll never hear from that kid who in some future year will happen on your book at the school library and read it and feel it was a message in a bottle meant for him or her. You'll never know that connection happened. But I tell you: it will happen!

Hmm. Wouldn't it be nice if we could logic our way out of despair? It doesn't seem to work that way, however.

Despite my deploying all this nice logic--despite all my attempts to be reasonable--I haven't banished despair from my writing process. It still shows up, every single time.

What I do now that is different, and that seems to help, is to recognize it and name it when it comes lumbering into my head:

"Ah, here we go! This is that same old Despair again! The one that seems to be a necessary part of the process!"

I try to remember that despair has appeared at some point during every single writing project. Every single one!

And every single time, I have gotten through it somehow: the new plot idea that links A and B appears; the fifth version of the beginning isn't quite as terrible as the previous four. Something starts to work again. The writing takes off. I get so caught up in this present chapter that I forget to worry about the future. I am happy again.

I hope that despair doesn't visit you when you write, but I suspect it may. Next time it comes around, see if it helps to nod in its direction, to give it a name:

Oh, right! THIS is just the Despair-that-is-a-necessary-part-of-the-process! 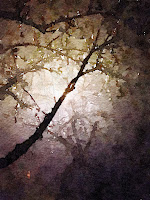