#Diversity and Social Action in Children's Literature, with Chris Eboch

The Power of Diversity

Recent months have seen an increase in bullying and racism in schools. Children, of course, reflect what they see in the world around them. We can mourn what’s happening, but a better way to improve the world and feel empowered is to fight. Fighting can happen in a variety of ways: through civic action, discussing issues with our own children, lobbying for anti-bullying policies and programs at local schools, and so forth.

And as writers, we have a special tool: our books.

That does not mean every book has to be an in-your-face challenge or political statement. We know themes should be subtle, not preachy, we should not try to share everything we believe about the world in one story, and that young characters should be in charge of their own solutions – no adults who come in and fix things, explaining the proper way to behave.

Some books, especially nonfiction, can present issues directly. For example, I’m working on an educational title about racism and economics, and another about immigration. Meanwhile, novels can touch on subjects in lighter ways, if only by showing the wonderfully diverse world. 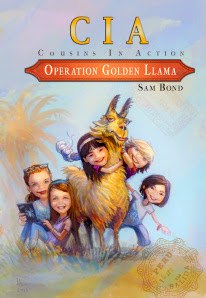 Sam Bond, author of the Cousins in Action series, says, “It took becoming a mother to two non-white children for my indignation on the lack of books with diverse characters to surface. I quickly realized that every book we bought or borrowed rarely contained children that resembled mine and those characters hardly ever shared similar backgrounds - unless that book was about adoption or China. It was also interesting to realize that Chinese characters often found themselves in the position of side-kick, rarely the main protagonist.

“Did it bother my children that their favorite characters didn’t look like them? I don’t think so. Did they notice? Not that they said. But it bothered me enough to start writing my own books so children adopted from China (like mine) would have characters that not only looked like them, but had backgrounds that resembled theirs as well.​” 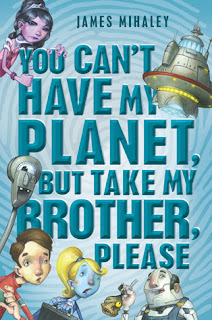 Fantasy and science fiction can show diversity in unusual ways, because they don’t necessarily have to be realistic. James Mihaley, author of You Can’t Have My Planet But Take My Brother, Please, says “Activism is central to my novel. Tula, one of my main characters, is a twelve-year old environmental lawyer. She is also an alien and travels around the universe protecting the natural beauty on different planets. While writing the book, I heard repeatedly that this was a boys book, due to the humor and sci-fi components. I rebelled against that restriction and did my best to invent interesting girl characters. Tula is one of my proudest creations.”

Greg Fishbone, author of the Galaxy Games series, says, “For me, having a team of kids that represents Earth, all of Earth, means showcasing all kinds of children, allowing as many readers as possible to see themselves in the Galaxy Games. It also means crossing borders and bridging differences to show all of these players of differing backgrounds and traditions working together toward a common goal.” 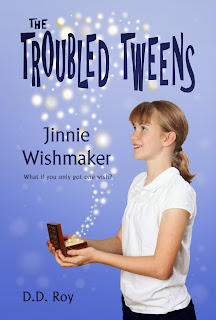 Deanna Roy, author of the Magic Mayhem series, says, “In my Magic Mayhem series, I wanted to make sure that kids who have medical conditions saw themselves in a book. Jinnie Wishmaker has dyslexia and faces a huge challenge when trying to read a map to find her way to her stolen wish. Marcus Mender has been vaguely on the autism spectrum as long as he can remember, but has no real diagnosis to say, “This is what I’m up against.” His dietary restrictions make him feel completely alone in a world of pizza and chocolate milk and cheeseburgers. And Elektra Chaos may act tough, but inside she’s terrified of having seizures in front of the school. They make her feel different and weak, and she really wants to be powerful and strong.

“The world is hard to navigate, and I believe books are the best way to help anyone see what other people like them are doing to find their way.” 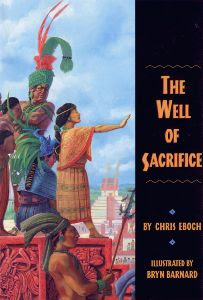 One of my passions is for historical fiction, especially story set in ancient lands. In The Well of Sacrifice, I tried to bring the world of the Maya to life, while also touching on issues of environmental protection.

The Eyes of Pharaoh, shows kids today the differences – and similarities – of young people 5000 years ago. I hope readers will learn about a remarkable culture, and also recognize that the same humanity exists in all of us.

In my work in progress, The Guardians of Truth, is also set in ancient Egypt. In this young adult adventure with paranormal elements, fabulous brown and black fight against injustice. (Read a sample here.) 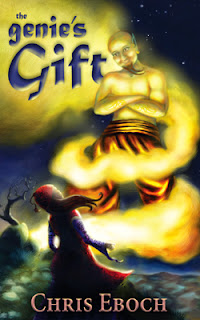 My novel The Genie’s Gift combines fantasy and history. Anise suffers from extreme shyness and the misfortune of being a girl in a male world, the Ottoman Empire. (Well, a fantasy version of it, inspired by The Arabian Nights.) While young readers may not face her specific challenges – ghouls, monsters, and a solo journey across a vast desert – they may see themselves in her social anxiety and desire to make her own choices about her future.

These are just a few examples. The authors here at Project Mayhem support diversity and activism with a wide range of characters. Caroline Starr Rose‘s historical novels feature a girl with a learning disability on the Kansas prairies (May B.), and the friendship between an English girl and one from the Roanoke tribe in 1587 (Blue Birds). 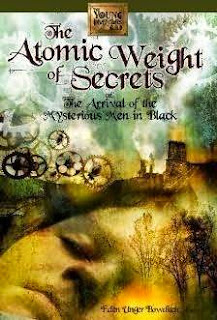 Joanna Roddy’s middle grade fantasy, Jules and the Djinn Master, draws on Near East mythologies about djinn and legends of King Solomon.

Read about all our Project Mayhem Team Members here.