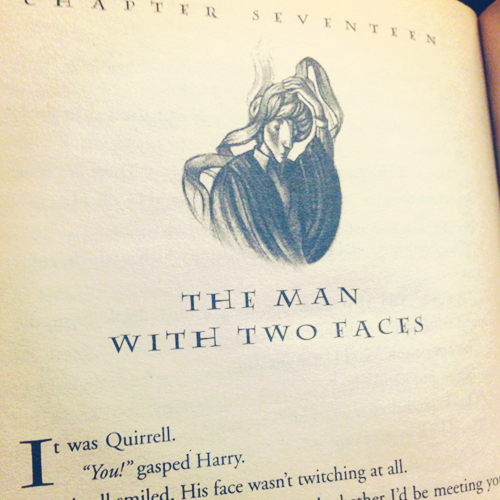 A little over three weeks ago my son turned nine, and, as promised (more on this to come), we began our family read-a-loud of Harry Potter and the Sorcerer’s Stone. Two nights ago we finished.

I loved every minute of it.

That’s probably not a shock after all this is a blog for middle-grade writers (and readers – can’t be one without the other), and HP is the epicenter of the twenty-first-century kid lit phenomenon. Among the kidliterati, it is expected that you’ve read the series at least once. You may have waited in line for midnight book releases. Maybe even dressed up as Harry Potter for Halloween (the Boy Who Lived… to Middle Age!). Or freaked out when the Sorting Hat named you a Hufflepuff instead of Gryffindor. (I claim Gryffinpuff or Huffledor–who’s with me?)

What I loved most about this read through was sharing it with my family, and experiencing the story through the eyes of my son. You see, we made him wait to read the story, and see the movies (books first always). It’s not that he hasn’t asked. Or, you know, begged. It’s that we wanted him to be ready for it. Not just as a reader, but as a person. We wanted him to appreciate the emotional arcs as much as the action and humor. Sometimes it must suck having a writer for a parent.

As a reader, he could’ve sailed through it in second grade. He’s read a ton of the 39 Clues series, several Fablehavens, the entire Wings of Fire series, and all of Amulet. The boy’s a reader, through and through. As a family, we’ve read lengthy series – The Cold Cereal Saga by Adam Rex, the Wondla series by Tony Deterlizzi, and The Very Nearly Honorable League of Pirates series by Caroline Carson – that have taken months and had complex storylines with a large cast of characters and deep worldbuilding.

And still, we said no to Harry.

No books.
No movies.
No spoilers.*

This is no easy task in a world where HP is a cultural touchstone and a marketing phenomenon. We did cave (a little) to see Fantastic Beasts and Where to Find Them, and he has the game of it on his iPad. Still, that’s a parallel story, not actual-Harry-Potter.

It was worth it. As a fancy-pants writer with a grad degree in Writing for Children and hundreds of children’s books consumed, it’s too easy to get caught up in the mechanics of any story and miss the hypnotic escapism inherent to the best of them. Hearing the gasps, giggles, and shrieks of this enraptured, enthusiastic kid stripped the analysis out of my head and allowed me to live this story from the child’s perspective.

Q: How did Harry Potter get down the hill?
A: Walking. JK Rowling.


* Okay, very few spoilers. He caught about twenty minutes of the movie at a friend’s house. Much to our horror.