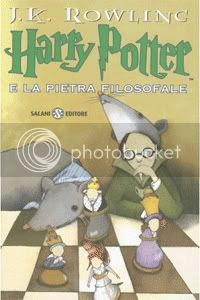 Building on Tim Power’s post about book covers and HARRIET THE SPY (http://bit.ly/aBk0qP ), I decided to do a post of my own because I’m very excited about the cover of my next book, WOLF STORM. What a great job it would be to design covers! I have to admit I’m guilty of judging a book by its cover when I’m browsing in a bookstore. Because I'm so fascinated by covers, I’m been doing school talks on this topic – trying to convince middle graders they shouldn’t do what I do. There is an incredible website, Teachervision, I’ve used as a resource, one that has put together many of the Harry Potter covers from countries around the world as part of a lesson plan. I was amazed to see how different the same book is portrayed in other countries. The link to the site is here: http://www.teachervision.fen.com/harry-potter/lesson-plan/2692.html, but I wanted to post some of the more interesting covers of the first Harry Potter book, HARRY POTTER AND THE SORCERER'S STONE.

Here’s the one familiar to U.S. readers: 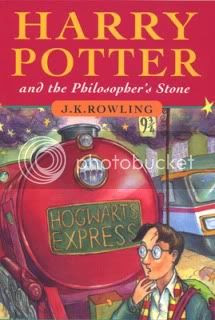 When I ask the students if they would have picked up the book without knowing what it was about, just by looking at the British cover, the overwhelming majority say no. I find it interesting that there is no real indication from the cover that there is anything about magic in the book.
This one from Italy is, shall we say, unusual:

I don’t know why Harry is wearing a rathead hat, nor why there is a giant rat wearing a bandana lounging next to him.

Students listening to my talks are largely not fans of the French cover either: 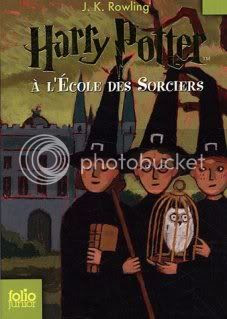 My question- Why does Hermione have her eyes closes on this cover?

Of all the covers I show students, the German one comes in second in popularity: 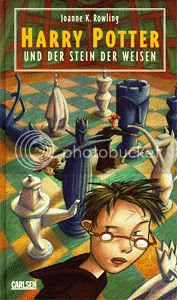 I would have loved to have been in on the cover meetings in all these countries to hear the reasoning behind why they chose what they did!
After doing these talks, I’m trying to be a bit better about my own book choices. Now that I know how much authors worry about their covers, I’ve vowed to give books a second look, even if the cover doesn’t appeal to me. I can say I am completely in love with my new cover and I’m thinking I need to send a big box of chocolates to the artist: 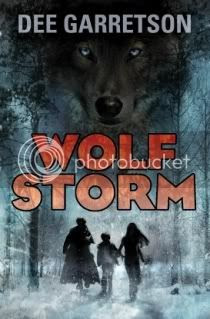 Sometimes filming a movie can go very wrong….and turn all too real.