Don't Dress Up Your Dogs

Hi there! I’m Michael Winchell, a brand new Mayhemer. Glad to be here, but I’m still waiting for a bar of that pink Project Mayhem soap. Where is it?!
After a lot of thought about what I should do with this initial post, I decided it’d be a good idea to tie it to my sense of faith. Yes, that’s right. I’m going to turn to The Good Book and let Him preach The Word. And of course, by "Him" I mean Stephen King, by "The Word" I mean his advice on the craft of writing, and by "The Good Book" I mean King’s ON WRITING. What’d you think I was talking about?
For many writers, ON WRITING has served as a guiding light in times of darkness. It sure has for me. You’ll catch me referring to it now and then, and that’s because his advice has helped me work my way out of more than a few writing funks. The focus for this post is vocabulary in middle grade, and although he never specifically mentions middle grade in his book, Stephen King’s advice about vocabulary has served as a GPS for me.
In his book, King compares writers to carpenters, and in that vein, he says all writers should have a toolbox that should be brought to the worksite each time they punch the clock and go to work. I love his statement to “put your vocabulary on the top shelf of your toolbox, and don’t make any conscious effort to improve it.” He goes on to explain that, sure, you’ll improve your vocabulary as you read—something he says all writers must do—but he says while you’re writing you shouldn’t struggle to find longer, more obscure words to replace those shorter ones that first come to mind. A great example comes when he talks directly to writers: “Make yourself a solemn promise right now that you’ll never use emolument when you mean tip.”  If you’re wondering why you shouldn’t upgrade each word with a handy-dandy thesaurus, King breaks it down with the basic rule of vocabulary, which is to “use the first word that comes to your mind, if it is appropriate and colorful.” This is true, especially with middle grade.
I’m not saying middle grade writers should “dumb down” their word choice for the sake of young readers, but the way to think of it is to make sure the vocabulary matches the voice of your narrator. Vocabulary is easier to manipulate with third person narration, but when a writer chooses first person narration, it is important to make sure your diction is in line with your narrator/character. I often select first person narration because it allows the reader an intimate passageway into my main character’s mind, and I also enjoy first person because it allows me (forces me, actually) to understand my main character a bit more, and in turn, allows me to really experience the story as I’m telling it. The tricky thing is making sure my word choice goes along with my narrator, and not me personally.
Here’s a real world example. I had a colleague a while back that clearly had a use-one-new-word-a-day strategy for vocabulary development. I’m sure she even highlighted the words in her dictionary each morning, maybe even checked them off each night. Anyway, she would throw that new word into a conversation less-than-subtly, and voila, she had used a new word. Kudos to her, right? Not quite. The reason I refrain from the kudos application is because it was jarring whenever she’d used those new words. The words stood out like stars in the clichéd pitch-black sky. Using words, whether you’re speaking or writing, should be an effortless affair. For this colleague of mine, it all came down to the simple fact that it wasn’t her. Her words du jour didn’t at all go along with who she really was. Part of me was happy to see her broadening her vocabulary horizons, but the other part wanted to tell her to forgo the awkward experiment because, well, it made her look like a fool. And this is why your first person narrator mustn’t step outside his vocabulary box for the sake of you “showing off” as a writer. It’s like saying, “Look at me, I’m all writerly and such. I can use me some big words—words that are as elephantinely prodigious as they are anomalously imparted.” Please reread the quoted material and tell me if the first part of the quote lines up with the second half. Not at all, right? Isn’t it jarring? Now imagine if I had my first-person, middle-grade narrator write this. It'd be even more jarring, and the result would be a lack of effortlessness (the adult writer would show through, and you don't want to be noticeable at all). 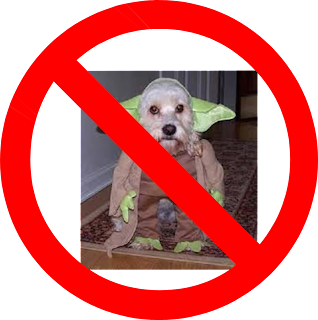 Stephen King explains that using long, obscure words to replace more exact, shorter ones is like “dressing up a household pet in evening clothes. The pet is embarrassed and the person who committed this act of premeditated cuteness should be even more embarrassed.” King is 100% accurate. Your words are like the loving pets you mingle with every day in the comfort of your home. This isn’t a dog show, people. Let your words walk around the house in their birthday suits, and stop forcing them to dress up in tuxedos as they prance about with high-stepping awkwardness while judges poke, prod, and fondle your diction. Something about that last sentence seems inappropriate, but let’s not read into my word choice too much.
Posted by Mike Winchell at 3/21/2011