How John Hughes Ruined My Life 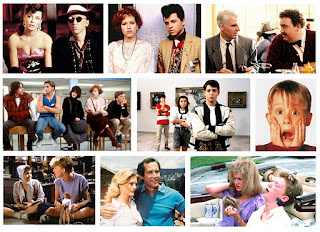 I entitle this the Woes of a Generation X'er or how John Hughes ruined my life and forced me to be a fantasy writer.
Growing up when I did, you wouldn't catch me getting ready to go out with my friends without a John Hughes movie playing in the background and as soon as I got to my friends house, the night usually ended up with us watching a John Hughes movie. My friends and I didn't have vampires or werewolves, but we sure as heck had Molly Ringwald, Andrew McCarthy, Judd Nelson, and Ally Sheedy, telling us how they world worked. I could literally recite Pretty In Pink and Some Kind of Wonderful word for word...and still could today, as it was stitched into the fabric of who I was. 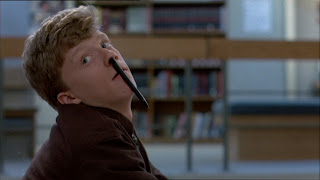 Like many kids who grew up alongside me, in true Gen X'er form, I was disillusioned and cynical about life. To put it in a nutshell, I was bored. I didn't understand my parents--nor did I want to try--and they certainly didn't understand me. To me, all the political parties were idiots, despite Mtv's loud message to "Rock the Vote", and nothing in life, other than music, clothes...and John Hughes movies, interested me or seemed very important.
But thinking back on my childhood, these movies were very important to who I've become as a writer--important because they all gave a message of hope that the rest of the world wasn't giving me--and that's what I was looking for--a small slice of hope. Of course John Hughes was a director, but first and foremost, he was a writer...he made sure to always send that message of hope and let us know that no matter who we were, every single one of us matters. All of his characters were special and amazing in their own way. His writing allowed us to have teen angst and to rebel, and helped us realize, at least in the 90 minutes of the movie, that we could overcome anything and no matter who we were, there was something amazing about each of us. We were important. In fact, perhaps the greatest impact he had on our generation was letting us know it's okay to be different. It was preferred to be different. It was okay to be the nerd. It was okay to be the jock who inwardly struggled to keep his popular status--yet secretly didn't want it. And it was okay to be the pretty girl--who's far more than just pretty. 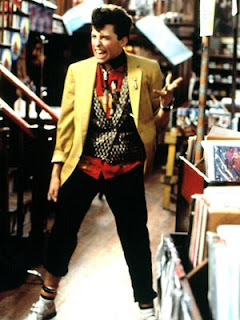 So, when combining my Gen X'er pessimistic, indifferent, "everything bores me" perpetual slacker attitude, with my need for hope--a fantasy writer was born. When I did finally grow up, I realized there was a secret power in Hughes' teen movies messages. And my inner disenchantment with life, that boredom with anything and everything, made me want to give readers like me that same hope Hughes did, only in a more fantastical light. And what could be more fantastical than an underground world of super-intelligent rats who were fighting for their very lives?
Just as in Pretty and Pink and Some Kind of Wonderful, in Nightshade City, you have the "Have's" and "Have Nots," and my story is about that same hope to change your destiny, only with much higher stakes. I wanted young readers to really think deeper into life than teen love and rich verses poor, wherein instead of my audience asking, "Is Andrew McCarthy going to finally get over himself and officially date Molly Ringwald despite the fact that she's poor?" to "How are we rats going to escape the Catacombs without Commander Billycan coming after us and shackling us in the city square and watching us starve to death or cut out our tongues?" :) 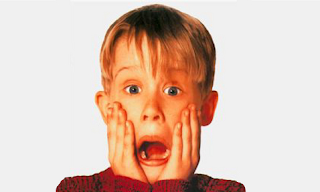 With my writing, I want to take readers beyond their daily problems. My dilemma growing up, as is the case with many children, is I was too self-absorbed. It's hard to feel for others when you're only thinking about yourself, and it's hard to listen to others when you prefer the sound of your own voice--as most kids do. I want my readers to inspire themselves to do better and to be better than I was. I want them to know they have their own unique voice and it's okay to use it.
Growing up, I didn't think I had a voice. I would have these deep (Breakfast Club style) talks with my friends about life and the world, and what we were going to be when we grew up, but I didn't think grownups cared what I had to say, so I never said anything to them. And being silent just became a way of life. I want kids to stand up and talk about what they want in their world. I want them to talk about what they see as injustices and prejudices in the world around them. I want them to know it's okay to stand up for themselves and it's okay to say, "That's not right!"--and to even shout it sometimes.
Just because children are young, it doesn't make them wrong and should never make them silent. Silence is what causes bad things to happen, whether it's on an epic scale such as Nightshade City, a terrible breakup in a John Hughes film, or something awful in one lone child's life. My friends and I all had the silence syndrome growing up and it wasn't until I had children of my own that it occurred to me that wasn't okay. Maybe that's why my kids are so noisy!
"You see us as you want to see us: in the simplest terms, in the most convenient definitions. But what we found out is that each one of us is a brain, and an athlete, and a basket case, a princess, and a criminal." - John Hughes, The Breakfast Club 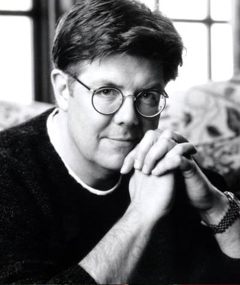