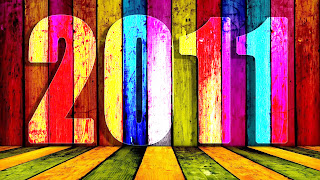 We all know and hear about releases like Wildwood, The 39 Clues, Beyonders, The Penderwicks, The Dork Diaries, Big Nate, anything by Rick Riordan and all of the Wimpy Kid books. There are other books, maybe just as good, that for one reason or another we don't hear much about. These are some of my favorite "quiet" hits of 2011.
The Guardians of the Hidden Scepter by Frank Cole

Amber never dreamed her archaeology class would turn into a top secret mission that would take her across the globe, but when her teacher goes missing, Amber realizes it's up to her to protect the Hidden Scepter or risk unleashing an ancient power too terrifying to imagine. This guaranteed page-turner from the bestselling author of the Hashbrown Winters series is perfect for the adventurer in your family.
The Atomic Weight of Secrets by Eden Unger Bowditch

In 1903, five truly brilliant young inventors, the children of the world's most important scientists, went about their lives and their work as they always had. But all that changed the day the men in black arrived. An amazing story about the wonders of science and the still greater wonders of friendship, The Atomic Weight of Secrets or The Mysterious Men in Black, the first book of the Young Inventors Guild trilogy, is a truly original novel.
Huber Hill and the Dead Man's Treasure by B.K. Bostick

When his grandfather dies, Huber Hill is devastated—-until he opens Grandpa Nick's mysterious box. An old gold coin and directions to a hidden Spanish treasure send him and his friends off on a mind-blowing adventure, but he's not the only one on the hunt. Filled with dangerous animals and cryptic puzzles, this book will have you on the edge of your seat until the last page.
In the Forests of the Night (Goblin Wars #2) by Kersten Hamilton

The battle against goblinkind continues... but which side will Teagan be on? Teagan, Finn, and Aiden have made it out of Mag Mell alive, but the Dark Man’s forces are hot on their heels. Back in Chicago, Tea’s goblin cousins show up at her school, sure she will come back to Mag Mell, as goblin blood is never passive once awoken. Soon she will belong to Fear Doirich and join them. The disease that’s destroying her—that’s destroying them all—has a name: Fear Doirich. And Teagan Wylltson is not going to let him win.


The Last Martin by Jonathon Friesen

There's always a Martin. One Martin. Martin Boyle already has plenty to worry about. His germaphobic mother keeps him home from school if she hears so much as a sneeze, and his father is always off somewhere reenacting old war battles. Martin really doesn't need this curse hanging over his head: when one Martin is born, the previous Martin dies. And---just his luck---Martin's aunt is about to give birth to a baby boy, who will, according to tradition, be named Martin.
Skipping Stones at the Center of the Earth by Andy Hueller

From the horrible orphanage at the center of the earth to his untamed red hair, Calvin Comet Cobble's life is out of his control. But when he meets Mr. E, who can skip a stone clear across Lake Arctic, everything about Cal's life changes. Told with wit and humor, this book is guaranteed to charm readers of all ages.
When you get the chance, I hope you'll give a few of these a try.
Let me know if you do!
They are all wonderful MG stories.
Posted by Shannon O'Donnell at 1/06/2012