In a recent post, I discussed the idea of the chain story activity. If you missed it, feel free to go back and give it a read. Here is the final result, a story called "Weird Crap" 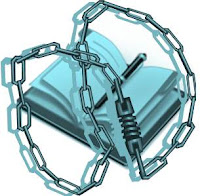 [Original Beginning by Mike Winchell] Spill Joseph had always thought of himself as a stand-up kinda guy. A good friend. A pal. A dude. A bro. That’s how he saw himself, even after he’d been forced to tell his parents who had tied Kitt’s tail to the ceiling fan and flicked the “super speed” switch. Nick Gname, for the record, had done the tail tying and cat hanging. Sam Chowder, the switch flicking. As he had explained to his parents, Spill had just been “…in the room, like, coincidentally. You know, just hangin’ out. Chillin’. That kinda thing.”

The reality was, when he went to school the next day and all his classmates, including Nick and Sam, knew he’d ratted out his two best friends, well, that’s when the Kitt was gonna hit the fan. Again.

[Contributed by Matthew MacNish] In fact, the Kitt, and the fan for that matter, might not be the only things getting hit. Spill was confident, certain even, that Nick, or Sam, or Nick and Sam, would probably corner him outside, and a circle of kids chanting "fight," would gather faster than a fan spinning at "super speed."

[Contributed by Hilary Wagner] How could he waylay such an event? Play sick, fall to the ground moaning? No, they wouldn’t buy that, but taking his punishment like a man didn’t seem like a wise option either. After all, he liked breathing too much.

[Contributed by Connie B. Dowell] All night poor Spill thought and thought. He paced his room. He turned the ceiling fan on, then off again. It didn't help. Finally, at two in the morning, just as he managed to close his eyes to sleep, he had it. No need for playing sick, nor getting his butt kicked either. It would be easy... that is if he could play the part convincingly.

[Contributed by Susan Kaye Quinn] The next morning, he carefully applied the junk to his neck: a thin layer of tacky glue, some awful, yellow eye-makeup and concealer he stole from his drama queen sister's room, and a squirt of fake blood he'd found in the basement. He smudged it around until it looked just right, all gory and awesome. Spill admired his handiwork in the mirror for a while.

He carefully covered it up with a black turtleneck his gram had bought him last year. Like that wouldn't be noticed in April!

His mom called out Breakfast's ready, and he grinned all the way downstairs.

[Contributed by Paul Michael Murphy] There were only two reasons to wear a turtleneck, and Spill was counting on his mom not wanting to embarrass either of them by asking if he had a hickey or if he'd been invited to a poetry reading. But when she glanced up from the pan of scrambled eggs and her lips started to part, Spill said, "It's for school. I'm giving a report on Steve Jobs. We get extra credit for dressing like our topic."

Mom dropped him off at Cadbury Academy for the Overprotected twenty minutes later. Sam and Nick were waiting for him by the monkey bar dome, which Spill always thought looked like a futuristic prison cell. They wore camouflage. Spill saw them anyway. Well, time for the show.

Spill moaned in the deepest, most guttural way he could and tore at his turtleneck as if it were choking him (which it was, of course). He ripped it over his head and snapped into zombie mode. Dragging his left leg behind him, he lurched across the blacktop. A kindergarten girl screeched as Spill lunged for her. Spill growled and allowed a thin line of drool to slip from his mouth as he advanced toward Nick and Sam. Little kids scattered out of his way, terrified.

A whistle blew. Mrs. Tuntruck had spotted him. Crap.

[Contributed by John Zeleznik] Mrs. Tuntruck looked much the way you'd expect her to. Big, blocky and determined. She thumped towards Spill with a look on her face that suggested it would've been better off to take what he had coming to him from Sam and Nick. He moaned and it came out sounding strange. Deep. Guttural. Like a real zombie. What happened next wasn't exactly what Spill thought was going to happen.

Tuntruck turned and trucked, grabbing up the little girl by the waist of her pants and screaming "ZOMBIE!"

Now Spill had no idea that Mrs. Tuntruck had just read the hot novel about the zombie apocalypse. He had no idea that Tuntruck had a "thing" about zombies. And when the school resource officer came charging out of the building, he moaned again. This wasn't the way this was supposed to go.
Posted by Mike Winchell at 8/02/2012