Every once in a while, I notice patterns in the books I'm reading. Lately I've come across three that deal with foster kids and and their families (or in some cases, kids' attempts to hide their need for social services to step in). I've added these new titles to some classics, refreshed my memory on a few other books, and came up with this list: Middle-Grade Novels About Foster Kids.

Why are there so many books on this topic? Here's my take: A child finding her way in a new home setting is probably vulnerable, guarded, out of place and in need of love. And really, even if we've never been in a similar circumstance, can't we all relate?

All descriptions have been taken from Amazon and Goodreads: 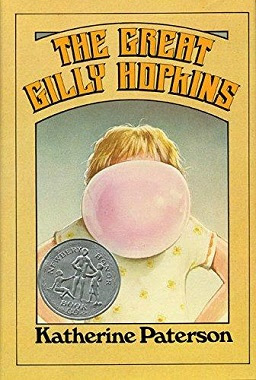 THE GREAT GILLY HOPKINS - Katherine Paterson
Eleven-year-old Gilly has been stuck in more foster families than she can remember, and she's disliked them all. She has a county-wide reputation for being brash, brilliant, and completely unmanageable. So when she's sent to live with the Trotters -- by far the strangest family yet -- Gilly decides to put her sharp mind to work. Before long she's devised an elaborate scheme to get her real mother to come rescue her.

But the rescue doesn't work out, and the great Gilly Hopkins is left thinking that maybe life with the Trotters wasn't so bad ...

The state of Maine plans to shut down Tess's island’s schoolhouse, which would force her family to move to the mainland--and Tess to leave the only home she has ever known. Fortunately, the islanders have a plan too: increase the numbers of students by having several families take in foster children. So now Tess and her family are taking a chance on Aaron, a thirteen-year-old trumpet player who has been bounced from home to home. And Tess needs a plan of her own--and all the luck she can muster. Will Tess’s wish come true or will her luck run out?

SUMMER OF THE GYPSY MOTHS - Sara Pennypacker
Stella loves living with Great-aunt Louise in her big old house near the water on Cape Cod for many reasons, but mostly because Louise likes routine as much as she does, something Stella appreciates since her mom is, well, kind of unreliable. So while Mom "finds herself," Stella fantasizes that someday she'll come back to the Cape and settle down. The only obstacle to her plan? Angel, the foster kid Louise has taken in. Angel couldn't be less like her name—she's tough and prickly, and the girls hardly speak to each other.

But when tragedy unexpectedly strikes, Stella and Angel are forced to rely on each other to survive, and they learn that they are stronger together than they could have imagined. And over the course of the summer they discover the one thing they do have in common: dreams of finally belonging to a real family.

ONE FOR THE MURPHYS - Lynda Mullaly Hunt
A moving debut novel about a foster child learning to open her heart to a family's love.

Carley uses humor and street smarts to keep her emotional walls high and thick. But the day she becomes a foster child, and moves in with the Murphys, she's blindsided. This loving, bustling family shows Carley the stable family life she never thought existed, and she feels like an alien in their cookie-cutter-perfect household. Despite her resistance, the Murphys eventually show her what it feels like to belong--until her mother wants her back and Carley has to decide where and how to live. She's not really a Murphy, but the gifts they've given her have opened up a new future.

HARRY SUE - Sue Stauffacher
Harry Sue Clotkin is tough. Her mom's in the slammer and she wants to get there too, as fast as possible, so they can be together. But it's not so easy to become a juvenile delinquent when you've got a tender heart.

Harry Sue's got her hands full caring for the crumb-snatchers who take up her afternoons at the day care center, and spending time with her best friend Homer, a quadriplegic who sees life from a skylight in the roof of his tree house. When Harry Sue finds an unlikely confidante in her new art teacher, her ambitions toward a life of crime are sidelined as she comes to a deeper understanding about her past--and future. 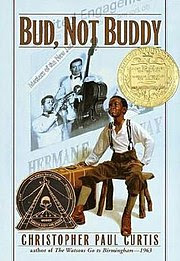 BUD, NOT BUDDY - Christopher Paul Curtis
It's 1936, in Flint, Michigan. Times may be hard, and ten-year-old Bud may be a motherless boy on the run, but Bud's got a few things going for him:

1. He has his own suitcase filled with his own important, secret things.

2. He's the author of Bud Caldwell's Rules and Things for Having a Funner Life and Making a Better Liar Out of Yourself.

3. His momma never told him who his father was, but she left a clue: flyers of Herman E. Calloway and his famous band, the Dusky Devastators of the Depression!!!!!!

Bud's got an idea that those flyers will lead him to his father. Once he decides to hit the road and find this mystery man, nothing can stop him--not hunger, not fear, not vampires, not even Herman E. Calloway himself. 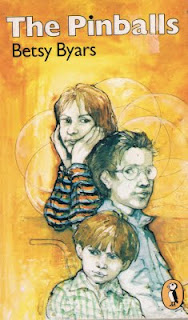 THE PINBALLS - Betsy Byars
Carlie knows she's got no say in what happens to her. Stuck in a foster home with two other kids, Harvey and Thomas J, she's just a pinball being bounced from bumper to bumper. As soon as you get settled, somebody puts another coin in the machine and off you go again. But against her will and her better judgement, Carlie and the boys become friends. And all three of them start to see that they can take control of their own lives. 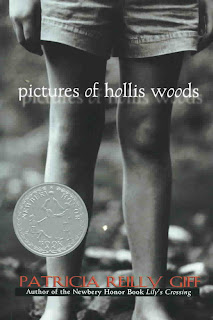 PICTURES OF HOLLIS WOODS - Patricia Reilly Giff
Hollis Woods has been in so many foster homes she can hardly remember them all. She even runs away from the Regans, the one family who offers her a home.

When Hollis is sent to Josie, an elderly artist who is quirky and affectionate, she wants to stay. But Josie is growing more forgetful every day. If Social Services finds out, they’ll take Hollis away and move Josie into a home. Well, Hollis Woods won’t let anyone separate them. She’s escaped the system before; this time, she plans to take Josie with her.

Yet behind all her plans, Hollis longs for her life with the Regans, fixing each moment of her time with them in pictures she’ll never forget. 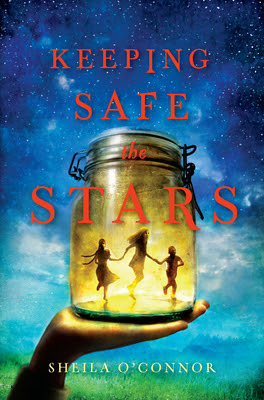 KEEPING SAFE THE STARS - Sheila O'Connor
When crisis hits, a young girl becomes the only one left to take care of her family.

Pride, Nightingale and Baby are the Stars. Orphaned and living with their grandfather, Old Finn, in rural Minnesota, the children, like their grandfather, are wary of outsiders. They believe, as Old Finn taught them, in self-reliance.

But then Old Finn falls seriously ill and is taken to the hospital all the way in Duluth, leaving the children to fend for themselves. Pride, as oldest, assumes the lead. Though she makes mistakes, she keeps them afloat; they even earn money for the bus trip to Duluth. But when they finally see Old Finn, he can't walk or even say his own name, and Pride knows her days of keeping safe the Stars are drawing to a close. Self-reliance can't make Old Finn well again. But maybe, just maybe, a secret from Old Finn's past might make a way for them to stay together after all.

Any books to add to the list? Leave them below!