The Hobbit, The Tragedy in Newtown, and the Nature of Good and Evil 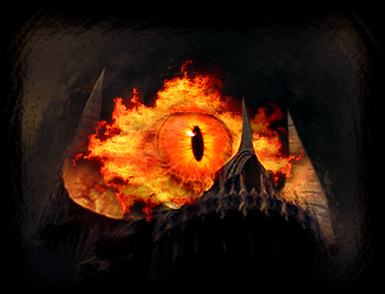 I had originally just planned to review my first viewing of The Hobbit, but after Friday's tragic events in Connecticut, I felt I had to say something.

But instead of getting all political on the topic, I want to bring it back to my original planned post, and talk about J.R.R. Tolkien, his amazing stories, and what he knows about good and evil. Tolkien served as Second Lieutenant in the British Army during World War I, and without going into too much gruesome detail, suffice to say he saw the horrors of war first hand, and learned of the evil of men in the most horrific ways.

So even though surely Tolkien knew evil was often carried out by men, and surely saw evil deeds done by soldiers on both sides of the conflict, when he wrote, the evil he penned was faceless, and most terrifying when it was an unknown, even ethereal entity (such as Sauron's eye, or the Necromancer in the new film).

I would like to argue that we ought to make evil faceless again. Perhaps even nameless.

The way the media handles events like Friday's tragedy can't possibly help. These sick people, whatever their problems may be, are obviously haunted by what legacy they might leave behind, and when CNN, Fox News, and MSNBC put their names and faces all over the screens that live in all our homes, the next troubled individual thinks that he can be famous too.

I won't reprint their names here, but surely Virginia Tech, Columbine, Sandy Hook, and all other similar such tragedies could have been reduced or even avoided if we didn't make celebrities out of their perpetrators. In our society, in the cult of personality, where being famous is akin to holiness, something has got to change.

There is also a great post about the state of mental health services, over at The Anarchist Soccer Mom. I strongly urge you to read it.
Posted by Matthew MacNish at 12/17/2012