Susan Zeidler on The Practice Room and Flying Through Music 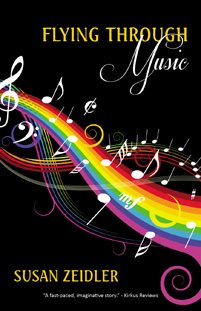 Chris Eboch: Today I’m interviewing another of my former critique clients (learn about my private paid critiques). Susan Zeidler is the author of two books about a young teen, Zoey Browne, who transports herself through time by playing the piano.

The Practice Room weaves history and music into a fun ride that takes Zoey from modern day Los Angeles to Harlem in the 1930s, Woodstock in 1969 and the fall of the Berlin Wall in 1989. Zoey’s story reveals a teen’s coming of age and growth as an artist as she also discovers the music’s power to transcend all boundaries.

Flying through Music is the second book in the series and follows young time traveling teen Zoey Browne as she witnesses the astonishing mid-air disappearance of her friend Nathan at an air show. Zoey is transported from a present-day rock concert to 1940s Nazi Germany, Buddy Holly’s last show in 1959, and other exciting times as she “musi-morphs” to uncover the deadly musical secret behind Nathan’s disappearance. On her journey, she expands her own musical abilities and copes with issues like being the daughter of a rock star and falling in love.

Chris: First, since this is a middle grade blog, I’ll note that although these books feature a young teen protagonist, they are suitable for middle grade readers. Kirkus Reviews called Flying through Music “A fast-paced, imaginative story,” and noted that “Readers with an interest in music will relish the trivia and lessons embedded in this story.” I noted in my critique letter, “Musicians will especially appreciate the musical elements, while other readers may take a new interest in some aspects of musical history.” Susan, do you have a background in music?

Susan: Yes. I studied and performed jazz piano in New York and Los Angeles and Boston during the 1980s and 1990s. And since I moved to Los Angeles in 1995, I have covered the music industry for Reuters.

Chris: Fascinating! You also have strong historical elements – Between the two books, Zoey visits many places and times throughout the 1900s. What is your interest or background in history?

Susan: Again, my journalistic background helped me with that. I enjoy researching these moments in history and weaving them into my books. I learned so much as I did it. For instance, I knew nothing about the Harvest Moon Ball, an American Idol-like dance contest in 1930s New York, until I wrote The Practice Room.

Chris: What inspired you to write this series, and how did you come up with the concept of “musi-morphing?” 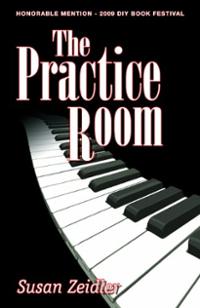 Susan: I wrote a short story over 20 years ago when I was in college about a girl who finds herself trapped in a music practice room through supernatural occurrences. After a few hours, she is finally freed and emerges a better player. I can’t find the original story but it’s always stayed with me. And then one night about 7 years ago, it suddenly dawned on me that I could expand it into a book and the girl would evolve and travel back in time with each musical element that she is studying. That’s where I got the idea for musi-morphing. I thought I could devote each chapter to a musical element, such as rhythm, harmony, melody, dissonance. It turned out that I wrote more than one chapter on each musical element as I wove that into Zoey’s quest in each book.

Chris: Can you tell us a little about your writing and publishing journey?

Susan: I always wanted to be a novelist and then I dove pretty deep into music for a while. Basically, I graduated from State University of New York at Albany as an English major with very creative aspirations. But the practical side of me applied for law school. I got waitlisted at a few schools but then decided it really wasn’t for me, and I moved to Boston in the 1980s and was studying piano. I considered applying to Berklee College of Music to get another bachelors degree, this time in music.

But then as fate would have it, I got a break at a local newspaper and never turned back. I hadn’t even thought of being a journalist, but I got the bug and have been happy writing news for over 20 years. I joined Reuters News in 1985. I’ve been juggling both fiction and journalism now, which can be difficult, but so far, it’s been amazing.

I self-published The Practice Room in 2009 and Flying Through Music in June 2012. I decided to self publish because I have been covering media for years and saw how digital distribution had impacted the music business, enabling artists to release their own material faster with more autonomy. I made sure to get good editing, by capable editors like Chris, before I published. I have been very happy with my experience.

Chris: A few teachers have put your book on required reading lists. How did that happen?

Susan: I met a great woman by the name of Renee Carter from Barnes and Noble in Marina Del Rey, California. She told me I should start to do school author visits. She was right. I started to introduce myself to schools and I’ve been really having a lot of success with that.

Chris: It’s great to hear that self-publishing (when done well) doesn’t prevent you or your books from getting into the schools. What’s next for you?

Susan: I’m currently working on book three of the series and lining up school visits for the fall. I’ve just started blogging at the request of one of the teachers who has required my book as the summer reading selection. At work, I am covering entertainment and gaming and that’s a pretty fun gig. So, it’s all good. Thanks for having me here today! 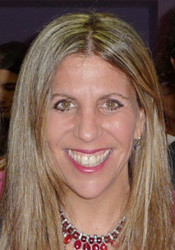 Throughout Susan Zeidler’s 25-years-plus as an award-winning reporter, covering “real world” events from major court cases to oil spills, movie premieres and the Academy Awards, she has always had a foot in the creative world. Susan is a staff reporter at Reuters News Service, one of the world’s largest and oldest news agencies, a member of the Society of Children’s Book Writers and Illustrators (SCBWI) and the Independent Writers of Southern California (IWOSC). She is the author of two young adult time travel novels, The Practice Room and Flying Through Music. Susan holds a B.A. from State University of New York at Albany and an M.S. from Northwestern University’s Medill School of Journalism. For more information please visit: http://www.flyingthroughmusic.com

For more about Chris Eboch’s critique services, see the “for writers“ page on her website.
Posted by Kris Bock at 6/17/2013