Outline or No Outline: Where Do You Fall? by Hilary Wagner 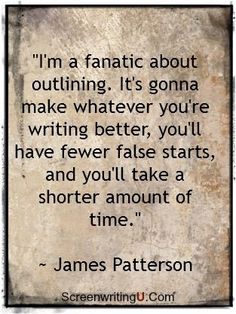 I'm not an outline driven writer. For me, the closest I'll ever get to an outline, is a few random, but nonetheless important items I want to get into the manuscript, usually written on various pieces of paper saved in various places...under my laptop, stuck in drawer or a book. I even found notes once under the seat of my car (yes, as you can tell I'm the queen of organization). It's not that I have anything against writers who create outlines for each book, it's more that, innately, it's just not in me. If fact sometimes I wish I could go the outline route, but I've realized my brain just doesn't work that way. It would be difficult for me to create an entire outline to begin with (or even the outline of a single chapter) and if I ever actually did complete one, I know I'd probably ignore most of it once I got going. Generally, when I do save any kind of notes on my laptop, I actually forget that I saved them or what I saved them under! 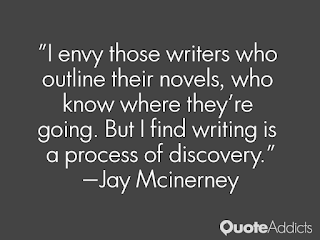 Now, I'm sure some writers out there who do follow the outline format just cringed as they read the above. There must be a wonderful level of comfort for having your book all mapped out and I can't imagine the fulfilment a writer must have after following their outline through to completion as they write their manuscript and having that manuscript be successful. I've realized, though, I tend to start with a main character and then build the world around that character scene by scene. So as willy-nilly as my process might appear, it's really not. There is more structure to it than meets the eye.

So, for those of you who outline, have you ever written a manuscript without an outline? Do you think you could or you'd even want to? And for those of you whose outlines are the equivalent of scribbles on a cocktail napkin (like me), do you think you could ever complete an outline start to finish, before diving into your manuscript?
Posted by Hilary Wagner at 10/05/2015