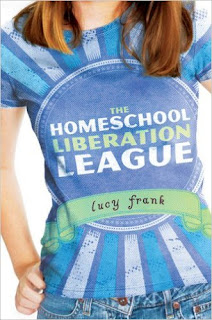 Recently I got to create a wishlist for Pitchwars writers, letting them know what middle grade manuscripts I’d love to consider for mentoring. One of the things I mentioned I’d love to see more of in MG is homeschooled characters, and BOY did my inbox deliver!! I received eight submissions that featured homeschooled main characters, and they were, largely, excellent representations of homeschooling.

According to the US Department of Education, homeschooling numbers are on the rise. In 2003, the National Center for Education Statistics found there were 1.1 million homeschoolers in the US. By 2007, it had become 1.5 million, and by 2013, it had become 1.77 million.

As the rates of homeschooling continue to rise across the United States, I’m hopeful that the numbers of books featuring well-drawn homeschool characters will also rise. My own homeschooled kids are used to reading school stories; it’s a norm that’s inevitable as it will always be the majority experience. But there is a special thrill when we stumble on a book that reflects their day-to-day lives.

If you’d like to include a homeschooled character in your MG book, talk to actual homeschoolers. There are many stereotypes and misperceptions about homeschooling that sometimes find their way into published books. Here are a few to avoid:

·      Homeschoolers spend all day sitting at their kitchen table, doing school work with their parent’s supervision, and asking permission to go to the bathroom.  Um, no. Some might, but homeschoolers are not a monolith and there are as many different ways to homeschool as there are families who homeschool. Some don’t use curriculum at all. Most homeschool kids are incredibly self-directed. Even those who use traditional curriculums get their work done a lot faster than it might take when a teacher has to wrangle 30 kids to accomplish the same tasks.

·      Homeschoolers are all from ultra-hippie or ultra-religious families.  Also nope. See the above point about homeschoolers not being a monolith. People homeschool for all sorts of reasons and come from all sorts of families. There is a heavier percentage of homeschoolers from privileged backgrounds, because homeschooling usually requires one parent to stay at home. But some families find ways to work around this (in our family, I work from home, and my husband works a swing shift).  And interestingly, the outcomes for homeschooling students (measured by things like SAT scores and rates of college attendance) are equally strong when the parents have PhDs as when the parents have GEDs. That’s because the important thing is an invested parent, not a highly educated one.

·      Homeschoolers have no social skills. This is a common misperception. As a homeschooling mom who wishes her kids were less social, it’s a funny one. My homeschooled kids do martial arts, theater productions, art classes. They go to church, and play outside almost daily with neighborhood children. They are extremely comfortable with strangers and talking to adults, as they spend a lot of time out in the world, at the library, coffee shops, bookstores, museums.

·      Homeschoolers are all dying to go to “real school.” This is one I see most often in MG books that feature homeschooled characters. Often, the books center around characters who are finally getting the chance to go to real school. Obviously I’m biased, since my own kids are homeschooled, but because they are, I know a LOT of homeschooled kids. I don’t know any who are dying to go to school. I do know some homeschooling families that have one child in school, because that child expressed the desire and the parents enrolled them. Kids who are forced to homeschool while hating every minute may exist, but they are nowhere near as common as books would make it seem.

But some books do get it right! Here are a few MG books that do a GREAT job with homeschool portrayal.

IDA B…And Her Plans to Maximize Fun, Avoid Disaster, and (Possibly) Save the World by Katherine Hannigan
Ida B. Applewood believes there is never enough time for fun. That's why she's so happy to be homeschooled and to spend every free second outside with the trees and the brook. Then some not-so-great things happen in her world. Ida B has to go back to that Place of Slow but Sure Body-Cramping, Mind-Numbing, Fun-Killing Torture—school. She feels her heart getting smaller and smaller and hardening into a sharp, black stone. How can things go from righter than right to a million miles beyond wrong? Can Ida B put together a plan to get things back to just-about perfect again?

THE HOMESCHOOL LIBERATION LEAGUE by Lucy Frank (pictured above) After a summer at Wilderness Camp, thirteen year-old Katya decides that she absolutely cannot go back to school. At school she can’t eradicate invasive alien plants, go on foraged-food-finding missions, or just be herself. Her parents, despite being “school kind of people,” are willing to give it a try, but Katya has to stick to their (just-like-school!) assignments. This isn’t what she had in mind. So with the help of a mysterious violin-playing boy, Milo, and new friend Francesca, Katya comes up with a plan to save her homeschooling experience. The three become the founding members of the Homeschool Liberation League––but will it be enough to convince Katya’s parents that her ideas about learning might be just right for her?

SAVVY by Ingrid Law
Thirteen is when a Beaumont’s savvy hits—and with one brother who causes hurricanes and another who creates electricity, Mibs Beaumont is eager to see what she gets. But just before the big day, Poppa is in a terrible accident. And now all Mibs wants is a savvy that will save him. In fact, Mibs is so sure she’ll get a powerful savvy that she sneaks a ride to the hospital on a rickety bus with her sibling and the preacher’s kids in tow. After this extraordinary adventure—full of talking tattoos and a kidnapping—not a soul on board will ever be the same.

MY NAME IS MINA by David Almond (companion book to SKELLIG)
A blank notebook lies on the table. It has been there for what seems like forever. Mina has proclaimed in the past that she will use it as a journal, and one night, at last, she begins to do just that. As she writes, Mina makes discoveries both trivial and profound about herself and her world, her thoughts and her dreams.

THEODOSIA AND THE SERPENTS OF CHAOS by R. L. LaFevers
Theodosia Throckmorton has her hands full at the Museum of Legends and Antiquities in London. Her father may be head curator, but it is Theo—and only Theo—who is able to see all the black magic and ancient curses that still cling to the artifacts in the museum. Sneaking behind her father’s back, Theo uses old, nearly forgotten Egyptian magic to remove the curses and protect her father and the rest of the museum employees from the ancient, sinister forces that lurk in the museum’s dark hallways.

A SLIVER OF STARDUST by former Project Mayhem contributor Marissa Burt Wren Matthews thought she’d outgrown nursery rhymes a long time ago. But that was before she knew that songs of twinkling little stars and four-and-twenty blackbirds were the key to an ancient, hidden magic. Wren’s discovery catapults her into a world of buried secrets, strange dreams, and a mountain fortress under an aurora-filled sky. But just as she starts to master her unique abilities, her new world begins to crumble around her . . . and only she can save it.

And my PitchWars mentee's fabulous book! But…her book’s not out yet.

What books have you read with great portrayals of homeschooled characters? What questions do you have about homeschooling families?
Posted by Joy McCullough-Carranza at 9/08/2016