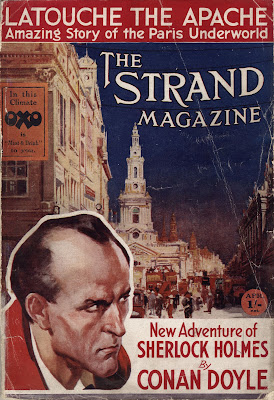 Some of the great literature of the past came to readers through serials. Charles Dickens published most of his novels as newspaper serials, and nearly all of the Sherlock Holmes mysteries were published one by one in the The Strand.

Media today is vastly different, and where once a small handful of editors held the reins to popular culture, now with blogs, podcasts, and self-publishing, it's a big wide world of creative output. But it seems we're moving back toward old ways of publishing as creatives write serialized fiction.

Lots of now big name authors have published their novels serially by blog before wider publication, including Andy Weir's The Martian and E.L. James's Fifty Shades of Grey. And In the podcast world, NPR's Serial, which followed a murder case in its first season, became a cultural phenomenon as listeners reached over 80 million. Fans channeled their inner detective and developed their own pet theories about whether or not the man convicted was actually guilty.

It's a time of pioneering and groundbreaking in many ways, but it's interesting that we hearken back to old formulas that still work. The serial format can be addictive. How often do you hear the term "Netflix binging" these days? Dumping an entire television program season made of cliff-hanger episodes onto its site at once has made Netflix a must-have for in-home entertainment. 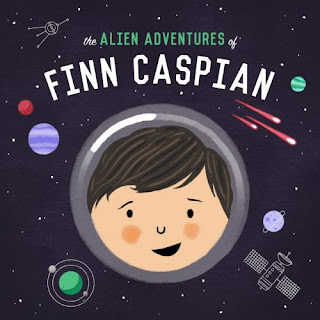 My kids, ages 5 and 7, have recently become addicted to a kids fiction podcast: The Alien Adventures of Finn Caspian. Here's the description from the site:

He can’t sleep, he can’t shake the feeling someone is following him, and he can’t stop the monsters who show up to smash his cake. In other words, it’s turning out to be more exciting than he expected. That’s all in the first few episodes of this serialized, sci-fi podcast for kids. Finn, his friends and their pet robots aboard the Famous Marlowe 280 Interplanetary Exploratory Space Station discover uncharted planets, help aliens in far-off galaxies, and take tips from listeners back on Earth as they try to solve the universe’s great mysteries.

Now, my kids have never been interested in podcasts or audio books. They love to be read to, but I haven't been able to get them interested in audio media. But with this podcast, they are begging for more, laughing out loud, wanting to go to the website to see artwork and listener contributions, and recording sound effects to send in and hope to hear on a future episode. I feel like we've been plunged back in time to the days of Little Orphan Annie on the wireless. It's awesome.

There are lots of podcasts for kids out there, but I haven't been able to find any others that are serial fiction. I would hope that they do exist, but finding them isn't easy. I'd love to hear of any others that readers or Mayhemmers are aware of. Finn Caspian is targeted at kids 5-10, so lower middle-grade at best for our demographic. Maybe this is a market hole just waiting for the right story to fill it. Maybe the new frontier is really just old-fashioned good story-telling that leaves the reader wanting more--in audio form.

Have any of you thought of doing a serial podcast? Let us know in the comments!
Posted by Joanna Roddy at 8/24/2017