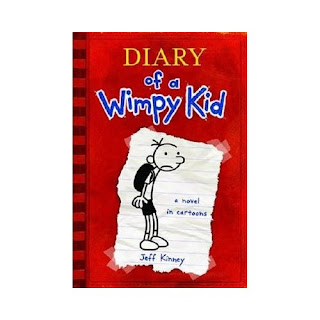 Some time ago, I participated in a writing exercise. Now, I’m not too fond of writing exercises in general—I write much better by instinct, not on command—but this one was actually pretty easy and very interesting to boot. To help me better understand the genre, I was suppose to describe what I thought defined middle grade. Now we all know the technical definition of middle grade—stories for 8- to 12-year-old readers (or 9- to 12-year-old readers, or 9- to 13-year-old readers, depending on who you ask)—but this exercise went a little deeper than that. What qualities and characteristics, we were asked, make up this fun and fantastic genre? This turned out to be a very useful exercise—I still take my list into consideration when I need a reminder about exactly who my audience is and what I think they’re looking for in a middle-grade read. Obviously, this is very subjective, but here’s what I came up with: 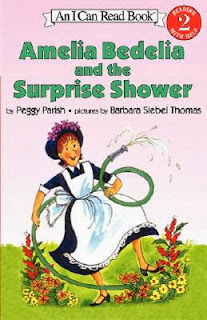 1) Age of the protagonist – young readers like characters they can relate to, that they can perhaps see something of themselves in. For this reason, I think it’s most effective for kid lit novels to have a protagonist close in age to the target audience of the book, give or take a few years. Diary of a Wimpy Retired Accountant just wouldn’t have the same appeal as Diary of a Wimpy Kid (not to a middle-grade audience, anyway). Some kid books work with an adult main character (anybody else love Amelia Bedelia as a child?) but I think keeping your protagonist about the age of your target audience is generally a good rule of thumb.


2) External versus internal – my personal opinion is that most middle-grade books, unless you’re going for something very deep or literary, should probably focus more on external action and events than the internal thoughts/conflicts of the characters. Not that thoughts and conflicts are bad—they’re not, and they should be there—but personally I think most middle-grade readers will find the external more interesting and entertaining. (And again, it all depends what you’re going for. A more serious, emotional novel might have more of an internal focus, obviously.)

3) Pace – again, it’s my personal opinion that middle-grade novels should move a little faster than your average adult or YA. Remember, you’re dealing with an audience that may not have the same attention span as older individuals, and you might be dealing with some reluctant readers who aren’t particularly invested in your book, so you might lose them if things move too slowly.

4) Familiar, relatable situations – moving to a new town, wanting to fit in, dealing with pesky siblings. Middle-graders like to see themselves in books they read, to see characters dealing with the same challenges and struggles they often face in their own lives. This is true even for books that don’t have a real-world setting. My novel, Ivy’s Ever After, is about a princess locked in a tower guarded by a dragon; the prince who slays the dragon will win her hand in marriage. She hates the prince, she doesn’t want to be there, and she actually spends most of the novel trying to figure a way out of this terrible situation that her father, his court, and centuries of royal tradition decree must be. Can most middle-graders relate to being locked in a tower guarded by a dragon? Probably not. But can they empathize with the powerlessness of being young, of being at the mercy of the adult authority figures in their lives, even if it means being forced to do something they’d rather not or something that they actually think is unfair? You bet’cha.

Any other thoughts? What do you think makes middle grade?