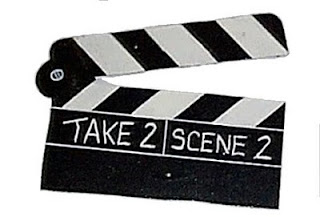 I once saw an interview with Ian Holm (think Bilbo in The Fellowship of the Ring) where he described this approach to his film roles: for each take of a scene, he would adopt a fresh angle.

The lines were the same.

The setting was the same.

But he always tweaked his delivery, just to see how it could be different. The end result was that he thoroughly explored his character and gave the director a whole slew of different options for the final film.

Are you stuck on a scene? Do your characters feel wooden? Or maybe something’s just not right, but you can’t put your finger on it.

Try writing from a fresh angle. Play around with your characters. Give them a stance, a voice, or a motivation you haven’t seen before. Make adjustments to the setting. What would change if the scene took place in the middle of the night? During a busy workday? First thing in the morning?

Or pick a side character – maybe someone who merely passes through a scene – and explore her backstory. Tweak her delivery, just to see how it could be different. You may be surprised by the end result.

Some writing friends I know have done this as a group. Everyone hands off a chunk of a current work in progress to someone else in the group. Then they each write the next scene of their partner’s work. It’s a challenging exercise for a writer.

On the one hand, you must try to enter into another author’s world and continue the story. Writing in an unfamiliar voice, exploring a different genre, tackling the type of writing you might never do on your own – all of this is great practice.

And, on the receiving end, you get fresh insight into your own work. Perhaps your partner will take the story in an unpredictable and interesting direction. Perhaps these new ideas will reveal the weak spots in your plot or setting. If nothing else, the combined effort should get your creative juices flowing.

As writers, we can often be so motivated to print off that fat draft of our manuscript that we focus primarily on productivity. Of course, this is important, or we’d be stuck in endless cycles of revisions.

But sometimes it’s worth it to playfully rewrite our work in progress, even if it doesn’t seem very productive at the time. What are some things you do to bring new energy to a project? What has (or hasn't!) worked for you?