Treasures in More Ways Than One 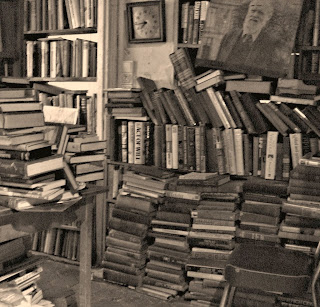 One of the things I love about used bookstores is that the books there have history. They’ve been read, held, laughed over, cried over, curled under bed covers with, enjoyed with a cup of coffee or a chicken salad sandwich. And some of them have the stains to prove it.

And then there are the bits of history you don’t expect to find. Like the time I pulled a copy of Dragon Rider by Cornelia Funke (great dragon book!) from the shelf, flipped through it, and discovered a photograph tucked between pages 110 and 111. It was somewhat aged, judging by the dull colors—and the afros and bellbottoms worn by the people in it. They looked like they were having a good time, though. It appeared to be a picnic somewhere grassy and green. It was a sunny day, the people were smiling, and there was a big table piled high with food.

When I went to the cash register, I gave the photograph to the bookstore owner.

“I know it’s a long shot,” I said, “but I thought you should keep this in case someone comes back for it.” 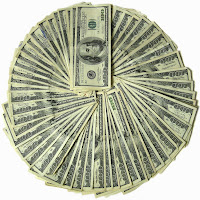 What followed was an amusing conversation in which the owner, who had been in the used book business for well over a decade, related the many objects that he’d found inside used books over the years. It’s a pretty long and sometimes surprising list:

And my winner for the most unexpected:

So yes, used books definitely have history—and sometimes treasures beyond the stories they contain. (Not the drugs. Those are bad.)

The moral? Always flip through your books before donating or selling them off. After all, someday you might actually need that Visa Platinum card or marriage certificate, if only to mark your place in another book.

So, please share: what’s the strangest thing you’ve ever found/placed in a book or used as a bookmark?