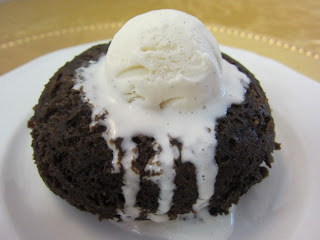 Recently, friend and fellow SCBWIer Bethanie Humphreys invited me to be interviewed on her blog to celebrate the release of Ivy and the Meanstalk. I was thrilled to be asked—but a little surprised. You see, Bethanie runs a food blog, and what did Ivy have to do with food? But Bethanie made it work. “Since you mention a lot of neat and interesting foods in your books, I’m going to do an Ivy-inspired recipe,” she said. Her interview had a lot of food-related questions as well. And the result was really, really incredible and lots of fun. Bethanie has been kind enough to let me share her recipe and an abbreviated version of her interview below. I hope you’ll check out the full interview and Bethanie’s blog, Kitchen Tangents, at this link. I’ve long admired her amazingly creative recipes, and she has a special interest in kid-friendly food. Bethanie even had the recent honor of being named a finalist in America’s Test Kitchen’s Boston Blogger Cookie Challenge back in May. America’s Test Kitchen actually gave her a private tour of their set!


I also think Bethanie’s recipe is a great reminder of how there are unique and wonderful ways for authors to market their work out there, even in unexpected places, with a little creative tweaking to make their books relevant to the target audience. After all, isn’t being creative what writers do best? Thanks, Bethanie, for this wonderful tangent.

Oh, and if anyone makes her incredibly easy microwavable (yes, microwavable!) Chocolate Fairy Cakes, please let us know how they turn out.

I am very honored to share with you my conversation with middle grade (books for 8-12 year olds) author, Dawn Lairamore. Dawn’s debut novel, Ivy’s Ever After, was released in 2010, and named A Bank Street Best Children’s Book of the Year in 2011.

Her follow-up book, Ivy and the Meanstalk, was just released. She describes her books as fractured fairy tales. (I just love the imagery in that expression.) They are fun, spirited stories that whisk you away with Ivy, a fourteen-year-old princess whose love of books and the outdoors inspire high adventure with the most unlikely of friends, Elridge, a rather un-ferocious and smaller than average dragon. Together, they find their fire to help save their kingdom (and themselves from conventions that just don't fit).

Isabella, my 8 year old, liked Ivy’s Ever After so much we read it twice. We had recently started reading the Harry Potter series, but she insisted on taking a break from it when I brought home Ivy and the Meanstalk.

Also, to give you a little background on this latest tangent, i.e. how a food blog comes to interview a children’s author whose books are completely unrelated to food: I met Dawn through SCBWI, a wonderful organization for children’s book authors and illustrators. They organize fantastic conferences and networking opportunities locally, on up to the international level.

I joined SCBWI because I’m developing a kid’s cookbook that encourages picky eaters to explore fruits and vegetables. My obsession with produce stems from my own pickiness. At 18 months old, my daughter started refusing to eat anything green. I challenged myself to find ways to prepare a greater variety of vegetables so that I actually like them as a way to provide a better example for her. It has been quite effective! She gets just as excited when I make artichokes as she does when I make cookies.

To celebrate Meanstalk’s release, I thought it would be fun to create a recipe inspired by Ivy. “Oh, fairy cakes!” is a charming little expression used throughout both books (in the same way as one would say, “Oh, darn it!”). My kid-friendly recipe for “Chocolate Fairy Cakes,” made in a magical, most unconventional way (in the microwave), will follow the interview.

Dawn’s books are not about food, but in true kitchentangents style, I couldn’t help but ask her about my favorite subjects: writing, food, and the little things that make life sweet. 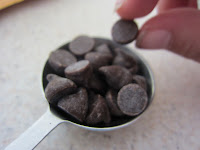 kitchentangents: In both of your books, you’ve taken a familiar fairy tale and turned it on its ear. In Meanstalk, (a riff on Jack and the Beanstalk) rather than Jack being a lucky boy who gets his hands on some magic beans and treasure from a kingdom in the clouds, you tell the story with more sympathy towards the giant whose treasure was stolen. What inspired you to write this kind of story?

Dawn Lairamore: I love fairy tales, but I also love stories that do the unexpected or have some sort of twist, which is why I’m often drawn to retellings of traditional tales. A very common fairy tale motif features a princess being saved from a dragon or other monster by a handsome prince or courageous knight. I thought, what if the princess wasn’t so helpless and was perfectly capable of rescuing herself? What if the dragon wasn’t a ferocious beast but a timid creature with a heart? What if the handsome prince wasn’t a hero but a villain? And what if the princess and the dragon actually teamed up against him? And so, Ivy’s Ever After was born—a fairy tale about a princess seeking out her own “ever after,” rather than having one thrust upon her.

Ivy and the Meanstalk continues that idea of twisting a traditional fairy tale. Jack and the Beanstalk has always been my least favorite fairy tale, because Jack never seemed like much of a hero to me. He seemed a lazy, thoughtless boy who stole and did some other not-so-nice things. So Meanstalk is my revisitation of the Jack and the Beanstalk tale with a rather dim view of Jack.

kt: Writing is very much about painting a picture in your reader’s mind with specific, meaningful details. Your stories are very easy to visualize, and yet move along at a nice clip (as a good adventure story should). Are there any editing secrets you can share that you use to strike a nice balance between action and detail?

DL: This is a tough one because some readers–like me–love detail, but some find a lot of detail distracting and would rather a story focus on more “urgent” components like action or dialogue. I think, as a writer, you have to do what feels right for the story. I felt that the Ivy books, being fantasy/fairy tales with some rather fantastical and magical settings, warranted special attention to setting and detail. But, yes, you have to be careful not to overdo it. Description and detail shouldn’t overpower other elements of the story.

As far as action, young readers often have a shorter attention span than adult readers, so I think stories for young readers especially need to move at a good pace. When writing for this age range, I think it does help to focus on the external (actions and events) over the internal (thoughts and emotions). Don’t get me wrong–the internal *has* to be there, emotions and conflict have to be part of the story, but perhaps not at same level as you’d expect in an adult book. Long internal monologues or scenes where characters reflect upon their feelings probably isn’t going to fly too well with a middle-grade audience.

kt: There seem to be a fair number of pies, cakes, and giant gooseberry tarts in your stories. What was your inspiration for the food you describe?

DL: The Ivy stories are fairy tales at their core, so they’re not meant to take place in any real-world, historical time period. That being said, Ivy’s world felt very medieval to me, what with the castles and swords and suits of armor, so I researched medieval recipes and used a lot of what I found for inspiration. And, of course, I think food in a fairy tale should have an appropriately fantastical and feast-like quality to it.

kt: If you could try any of the food in your books, which would it be?

DL: I’ve never tried a gooseberry tart–or a gooseberry anything–so I’d go with that. I love experiencing new tastes! Elderberry is a flavor mentioned in the book as well, and I had never tried anything elderberry until recently, when a friend of mine brought me a bottle of English elderberry cordial back from her vacation. Delicious!

On The Little Things:

kt: What were your favorite stories or authors while you were growing up?

DL: The Little House on the Prairie books by Laura Ingalls Wilder, The Secret Garden and The Little Princess by Frances Hodgson Burnett, The Chronicles of Prydain by Lloyd Alexander, The Dark is Rising series by Susan Cooper, Misty of Chincoteague by Marguerite Henry.

kt: What smells or tastes remind you of childhood?

DL: My dad was in the military when I was growing up, so my family moved a lot and lived in a lot of different places. We moved to the Philippines when I was a year old, so my earliest memories are of our time there. I associate many tastes of that region with my childhood. I remember getting my face and fingers all sticky with mango and guava, and sucking on fresh, raw sugar cane.

And for our final course, Dessert!:

Fortunately for us topsiders, this dessert fit for the fairy realm is almost as easy to make as waving a magic wand. This bit of domestic magic is performed entirely in a microwave. It properly serves two princesses or princes. If a dragon guest comes to call, it may do to conjure up at least twenty.

It’s particularly important with this recipe to always level your measurements! 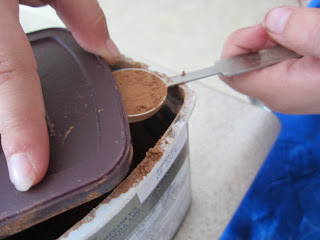 1) In an oversized teacup (or cereal bowl, but something with high sides is best), melt chocolate chips, butter, and milk in the microwave for 20 seconds. Don’t stir it quite yet, just let it cool while you work your magic.

2) In a separate bowl swirl together flour, cocoa powder, and baking soda.

3) In yet another bowl whisk egg first till uniformly yellow, then twirl in sugar & vanilla until golden brown.

4) Now stir melted chocolate chip mixture until dark and glossy. Add egg mixture to the chocolate (use a spatula to get all the eggy goodness out of the bowl), and stir till smooth. Sprinkle in dry ingredients and blend with a fork till there are no lumps in sight. 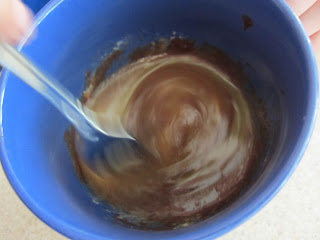 5) Microwave for 1 minute, possibly another 10-15 seconds, but stop once about half of the cake top is dry. Don’t worry if the edges are moist, it will continue to cook even once it’s removed from the microwave.

6) Immediately loosen the edges with a knife and turn the cake upside down onto a plate. Eat while still warm and steamy as the Isle of Mist. To make multiple cakes, just wash out the baking bowl and repeat.

The cake is delicious on its own, but if you wish to feast in true fairy style, top the warm cake with a small scoop of vanilla ice cream.