Adults or Predults…We’re All Kids at Heart

There are some really amazing books that might very well be on the shelves disguised as adult fiction when, in fact, they would find themselves at home on any YA or MG bookshelf. Crossover books? Perhaps. More like shared books of interest.

Let us all remember that Harry Potter was not considered an MG book when it was written and first marketed. Once YA/MG readers discovered it, they loved it. The fact is that two covers were designed, one for adults and one for kids! I remember being in the UK in 2000 and noticing Harry Potter and the Philosopher’s Stone (the original title of the US-renamed Harry Potter and the Sorcerers Stone which sadly overlooked the actual relevance of something called the philosopher’s stone in alchemical history) on the shelf kids’ shelf in  London bookshop. The artwork was not the same as it was in the US but it was a cute illustration with the same spirit as the American version. Perusing the shelves, I came to the adult fiction section. There was a book with a dark edge, an obscured photograph of a train, foggy and mysterious. And the name of that book was (wait for it…) Harry Potter and the Philosopher’s Stone! Could it be? Were there two books by the same name… and by the same author? I may be a little slow in the uptake, but I was quick to realize that it was, in fact, the very same book. Talk about not being able to tell a book by its cover. 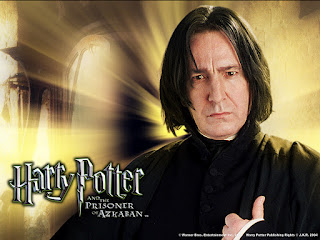 Harry Potter is an excellent example of books that appeal beyond the confines of their designated shelf. But we cannot always rely on different covers to guide us. We need to share books with each other to know what can work. A book (or series) I’d love to share is Jasper Fforde’s Thursday Next series. The first book, The Eyre Affair, knocked my socks off. I think there are few things as exciting as finding a book so unique and incomparable, that upon finishing it I had to immediately turn back and read it again! No blurb can do it justice, though on the cover I have,  the quote from the Wall Street Journal says that the book “combines elements of Monty Python, Harry Potter, Stephen Hawking, and Buffy the Vampire Slayer.” The hero is a literary detective in a 1980s world that is not quite the one we know. In this world cloning is hip and dodos are the ‘in’ pet. There is street warfare between gangs with different theories of who wrote the works of Shakespeare. Croquet is an extreme sport.  And protecting the integrity of a manuscript can be, well, murder. And you don’t have to know all the literary references to appreciate this book. Like so many kid shows and films and stories, there are meanings on many levels and pleasure for all. There’s nothing worrisome or dangerous in the language or action, probably tamer in some respects than some books labeled YA. But it is enormously fun.

The reason books like Harry Potter and Thursday Next work for different ages is that they were not written for any genre. They were just written by excellent storytellers who can spin a good yarn. There was no attempt to be naughty or attempts to be tame. The books were written to be read and enjoyed and they can be, by adults and YA readers, alike.

It is one of my greatest pleasures when a reader claims that the book is written for his or her own age. I get adults (never kids, other authors, teachers, or librarians) who say the Young Inventors Guild is too mature, too young for teens, too old for MG readers, or should be read by adults. It makes me feel like I’ve done something right.