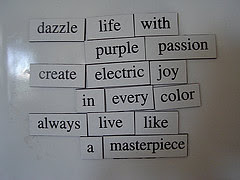 April is National Poetry Month, but, unfortunately, tell that to a bunch of middle graders, and you just might get a groan or two (or is this only the students at the school where I work as a school librarian?). Anyway, I've found the key to poetry and middle graders is to jump right in. Don't talk about it--start reading! After all, poetry is meant to be heard, not just seen.

Here are some new poetry collections that I am looking forward to ambushing my middle graders with this month. 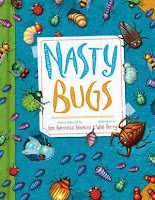 Bugs and poems! From ticks to bed bugs to lice, the creepy and the crawly are sure to drawn in the middle graders who love the yuck factor. By a slew of illustrious poets such as Marilyn Singer and Lee Bennett Hopkins. 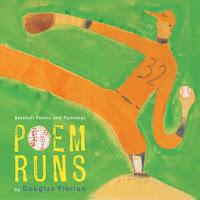 Baseball--the other big April event, right? This book of baseball-themed poems, complete with Douglas Florian's great illustrations will appeal to anyone who's ever spent any time at all at the ball field. 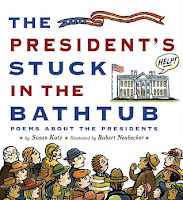 Who doesn't love quirky facts about famous people? Especially people as important (and, let's face it . . . stuffy) as the presidents. 43 poems highlight little known facts about all those leaders of the free world. With historical notes, too.

This is the perfect example of "read it, don't talk about it!" Because these are math riddles wrapped in parodies of classic poems. Yeah, don't say "huh?," just go read them. And you might want to have the originals on hand when you share them with kids because they'll be asking for them for sure. By Children's Poet Laureate J. Patrick Lewis. 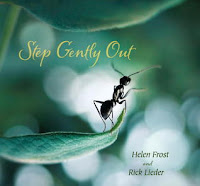 This one slows it down a little--instead of rowdy, funny poems, it's one poem, about stopping to really see what's around you in nature. Paired with stunning photographs that get even the most antsy middle grader looking closer. 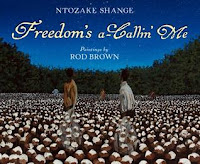 An example of a picture book made for older kids. This one's free verse poems about the Underground Railroad. Their emotion puts readers (and listeners) right there in that world. Perfect for an immediate taste of history. 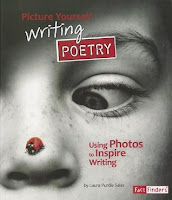 Okay, so this isn't a book of poems. But who doesn't share poems with kids without wanting to try some of their own? Laura Purdy Salas covers the basics while using pictures as inspiration.

Happy poetry reading! Do you have more ideas? Be sure to add your favorite middle grade poetry books in the comments.
Posted by W.H. Beck at 4/09/2012