Death Comes to the Manuscript

If you're from New Mexico, you probably had to read Willa Cather's DEATH COMES TO THE ARCHBISHOP in high school, the historical novel about the Catholic church coming to this part of the country. 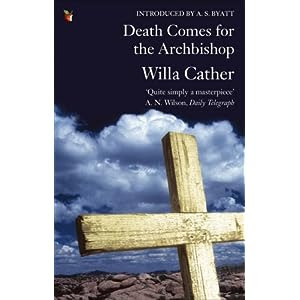 If you're an author, you've probably experienced Death Comes to the Manuscript, that sad but necessary moment when you close the door on an old piece of writing.

For me, Manuscript Death struck twice recently: novels two and three in my file cabinet have been laid to rest (As an aside -- Novel one was horrendous and needs to stay locked away. Novel four is the one that sold. I'm hoping novel five will also see the light of day).

These two fought the good fight. I revised both for years. Number two I started when my now eleven-year-old was born. It's gone through a POV change, a timeline tightening, and dozens of major overhauls. It received a "champagne rejection"* from a lovely assistant editor at Bloomsbury in 2004. My agent loves it. My editor doesn't. But in re-reading it last week, I realized if I was to overhaul it one more time and try again, there was little I could salvage. It was time to let it go.

Number three was eerily similar to Sarah Weeks's PIE, right down to the dueling siblings, the baking contest, and the stolen recipe (there's more, but I don't want to give too many plot points away). The two differences? My story was about snickerdoodles and wasn't half as good as Sarah's. It was time for this one to give up the ghost, too.

I thought it would be hard to walk away from these manuscripts, but somehow it's oddly freeing. They both taught me a lot about writing; both story lines will continue to remain dear to me. They're just not stories for the world at large. And you know what? That's okay.

Has Death ever come for one of your Manuscripts? What was the experience like for you?


*A rejection so positive it's worth celebrating.

How many cliches have I used in this post? Count them up and leave your answer below. One commenter will win a packet of MG and YA bookmarks.
Posted by Caroline Starr Rose at 7/23/2012