A Cupcake of a Teaser - New Ways to Find Readers 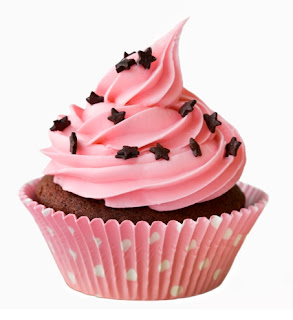 There’s a trend happening out there in the YA and adult fiction book world I’ve been watching with interest. Both traditionally published writers and self-published writers are releasing short stories or novellas that tie into their longer fiction, and using them as teasers to tempt readers to try their longer fiction. It's sort of like a bakery offering samples, to get dessert lovers to buy a whole cake.
While it's aggravating to worry about marketing my books, gone are the days, if they ever existed, where writers did nothing but write and publishers did all the marketing. If I’m going to be a professional writer, I have to think of it as a business. And that means I have to think about how I am going to find readers.
Now, most writers at this point are writing these teaser stories after their books are already finished. This is a hard task. Once you've finished a book, it's hard to go back and figure out a story before the story. I’ve tried and failed. I attempted to write a short prequel for my adult historical mystery and it turned out so terrible, it's now locked up until I can get over my embarrassment. Here’s the problem-when you write a story that hinges on people meeting for the first time, writing a prequel where they meet in it is nearly impossible without changing the other story. Believe it or not, I tried the amnesia angle, having them meet and then one of them developing amnesia so he couldn’t remember they’d met. Yes, it was an embarrassing moment for me when I realized I’d stooped to soap opera tricks.  If I ever let this story out of the dungeon, I’m going to have to rewrite and focus on just one character.
For middle grade, writing a short story prequel shouldn’t be an impossible task with some planning. It is often difficult to know where to start a story. Often writers start their story too early and have to go back and discard some early chapters in revision, because those early chapters are more backstory than anything else. What about turning the backstory into an actual story? Middle grade readers often read because they like the main character, so if you can think of a way to introduce the character and what makes the character unique, you’re off to a good start. Perhaps you can have some small incident that foreshadows the main event in the later novel.
For example, had she desired to, J.K. Rowling could have done such a thing for Harry Potter. There is plenty of foreshadowing in the first two chapters of THE SORCERER’S STONE that could have become a short story. Harry, in his life before the letter and Hogwarts, has some brief encounters with some interesting people:
"A tiny man in a violet top hat had bowed to him once while out shopping with Aunt Petunia and Dudley. After asking Harry furiously if he knew the man, Aunt Petunia rushed them out of the shop without buying anything. A wild-looking woman dressed all in green had waved merrily at him once on a bus. A bald man in a very long purple coat had actually shaken his hand in the street the other day and then walked away without a word."
It’s not impossible to imagine one of these events turning into a short story. I’ve decided to try this advance planning with something I’m working on right now. I’ve written the prequel, and it turned out to be about 6000 words, a complete story in itself. It was quite a challenge for me, mainly because I find the short story format more difficult than longer stories, but there’s nothing wrong with a challenge. It also helped me define the characters, so now when I launch myself into writing the novel, I have a better feel for where I’m going.
So what do you think? Would you write your own stories this way?