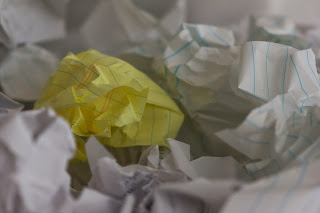 I was at a writers’ conference last year when someone brought up that age-old dilemma: what do I do when a chapter/scene/section of my manuscript just doesn’t feel right, but I have no idea what specifically is wrong? If I can’t put my finger on what’s broke, how can I fix it?

Yeah, been there. Sometimes a section of your manuscript just isn’t making the grade. You’re not happy with it, you’ve revised it a million times, you’ve re-read it over and over again, and all you know is that something still isn’t quite right. Frustrating!!!

I think I’ve gotten better over the years at spotting the deficiencies in my writing. It’s taken a lot—a lot!—of trial and error, but I’ve learned that when a scene feels “off” I can usually put my finger on the problem if I ask myself certain questions. We all have different writing styles, of course, but here’s the list of what I investigate if a scene doesn’t feel quite on the ball:


Of course, if you still can’t figure out what’s wrong with a scene, a fresh pair of eyes is golden. Ask someone whose opinion you trust to read the scene and tell you what they think. You’ll be amazed at what jumps out at others immediately when you’re struggling to see the forest through the trees.

How do you deal when your writing’s “not quite there”?