How the story goes 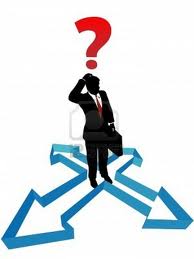 Okay, so here we are- a pack of writers. And, as we know, what we do is write. And as most of us are somewhere in the middle of a project, getting to participate here at Project Middle Grade Mayhem is a treat and a diversion. I thought it might be fun to collectively write a story. Just something a little different. Here’s the idea…

I will start the story. Then, for comments, whoever arrives next will write the next installment. It can be a sentence or a paragraph or a page. Even a word can change the direction of the story. And a word often does (especially if it’s misspelled but that’s another story entirely, right guys?!) (that’s an interrobang)

To make it a little challenging, let’s have a few random words. Like strange ingredients in cooking competitions, I’m going to pull out some odd words that, for each installment, one or more from the list must be included.

I’m not sure where this is headed…then again, none of us are. But I hope you’re with me for a kooky ride.

CHOOSE ONE OR MORE: 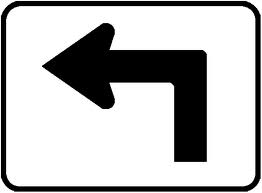 “I don’t even know what that is," Ingrid insisted, staring at the wooden bucket and the pile of sticks.
“I got a really great deal on it, Ingrid,” Beau insisted, “It’s an ancient device for pulling water from a well. There was this guy-”
“We don’t have a well, Beau, “ Ingrid said, wondering why she had sent her brother to the store in the first place.
“We don’t really need one,” Beau said, afraid to look at the pile of sticks because he knew they would now look as stupid to him as they did to Ingrid, “ We can have it set up as like an art thing. It’s really cool.”
“Do you know how to put it together?” Ingrid was running the various scenarios through her head that included this pile sitting in the back yard until their parents got back from lampshade designers convention next week.
“Yeah, well,” Beau scratched his elbow, then quickly stopped because he knew his sister would recognize that as a delay tactic and a sign of weakness, “The guy explained it to me. It should be easy.”
Ingrid raised her eyebrow. Beau was not good with his hands. And he never listened. And he had a terrible memory. “What’s it called?”
“Shadoof,” said Beau, smiling.
Ingrid scowled, “What did you call me?”
“It’s a shadoof,” he added, “It’s an ancient sort of pulley system water collector thing. This one is from ancient Egypt.”
“You are such a loser, Beau,” groaned Ingrid. She sent him to get some cleaning supplies so they help could get the house in order. The family had only been living there two weeks when their parents had to leave for work. At fifteen, Ingrid felt like she could easily stay on her own. But, at fifteen, her brother Beau was an idiot. “How much was it?”
“I’ll put it together,” said Beau, the lump growing in his throat.
He bent down and picked up two of the sticks. The problem was, no two sticks seemed to be the same size. He looked up at Ingrid and smiled, sheepishly. “Let’s build it and have some fun,” he suggested.
Ingrid kicked the small bucket towards her brother. He grabbed for it but it rolled through his legs and hit the tree by the back door. The bottom fell out.
“Now you’ve broken it,” grumbled Beau as he reached for the two parts of the bucket.
He picked up the piece with the handle first. Something fell out. It was a very old and yellowed scroll. Was it stuck in the bucket?
Look at this,” he said, walking over to his sister...
Posted by eden unger bowditch at 3/20/2013