Why We Do What We Do, by Matthew MacNish 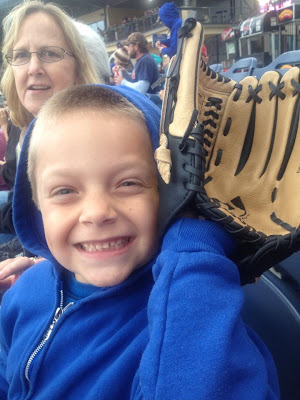 We've been having some amazing, very professional looking posts going up here at Project Mayhem lately. This is my first time back after the April A to Z Challenge, and I'm a little intimidated. I would hate to tarnish the reputation of this incredible blog with the kind of drivel I tend to post.

But then I remembered that's just insecurity talking, and it would be foolish to let such a thing make decisions for me.

Writing is hard work sometimes. Especially being an aspiring novelist, who is still unpublished after years of trying (I say especially, but of course I don't actually know. All my published friends tell me it's even harder afterward). You spend the majority of your time, slaving away at what is admittedly a labor of love, but when there's so little to show for it, sometimes you have to ask: why?

So ... I took my nephew to the Triple A Gwinnett Braves on Friday night. It's like major league baseball, only cheaper. And Brian McCann was there, playing to rehab after an injury, so it was even more like major league. For those who don't know, Brian McCann is the catcher for the Atlanta Braves, and was the MVP of the all star game a couple years ago, so he's kind of a big deal. 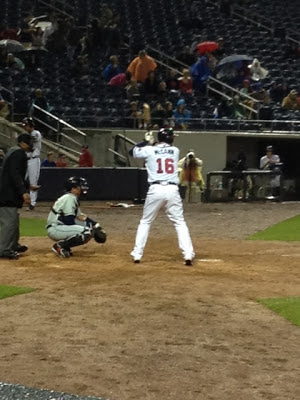 Anyway, my nephew, who is six, and who loves baseball like he loves nothing else in this world, had the time of his life. The stadiums in minor league ball are much smaller, and give the fans a lot more freedom. We were able to wander around, and change seats whenever we wanted, and pretty much just enjoy the game as we pleased.

Near the end, when the seventh inning ended in a strike out, we went down to the edge of the field, and the little guy held his glove out, asking for a ball, and the catcher of the opposing team tossed it right into his glove on his way to the dugout. The little boy's face lit up like the sun. 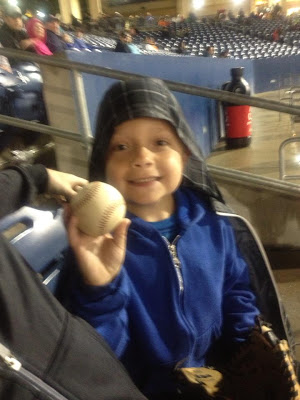 I don't know if you can tell from the photo, but it was raining by then. It didn't matter one bit. That little baseball fan was so happy he couldn't sit still. He spent the rest of the game talking and talking and talking about what he was going to do with that ball.

And that got me to thinking.

Why do we do what we do?

For ball players, I'm sure the money is nice, and I'm sure the love of the game has something to do with it, but I can't help wondering: if there were no fans, especially young ones, would there still be baseball?

It's the same with writing, I need to remind myself. Sure, telling stories is sometimes something we need to do. And I suppose at first, we write for ourselves, like Toni Morrison suggested, but I think in the long run, at least for those of us who stay with it long enough for there to be a long run, the readers are all that matter.

Especially the young ones.
Posted by Matthew MacNish at 5/06/2013

Email ThisBlogThis!Share to TwitterShare to FacebookShare to Pinterest
Labels: Kids, Readers, Why, Writing