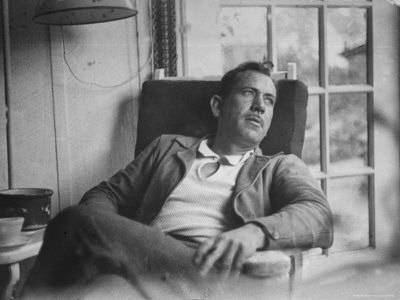 I think, as burgeoning writers, it's extremely easy for us to get bogged down in fear. We fear we're writing about something that's won't be well received, or something that's been done to death, or we're writing too much for the market, or not enough, or worst of all, that our book will be boring and not one soul will be interested in reading it. I think that's my biggest fear, that my work will be boring, but even still, I use that fear to work harder. I use that fear to forget about the market and write what I want, but because by the time whatever I'm writing is finished, the market will have changed, so who cares. Write and be free. I'm still fearful, but I'm free. If I fail, I fail my way.


Long story short, it's never as easy as people think it is and every step in this industry can be a treacherous one, maybe not for your career, so much as your sanity. When I talk to kids and even adults about the publishing world I always start off with a particular letter. I think it's very telling when someone of a certain stature feels the exact same emotions you do. That fear, that feeling of doubt, is what makes each one of us unique, but unified. We all want to share our original thoughts with the world, yet the prospect is uniquely terrifying. If you're experiencing that doubt right now, please give the below letter a read. If anything, you'll realize you're not alone and and it's okay to be afraid. We all are.

The basic rule given us was simple and heartbreaking. A story to be effective had to convey something from the writer to the reader, and the power of its offering was the measure of its excellence. Outside of that, there were no rules. A story could be about anything and could use any means and any technique at all - so long as it was effective. As a subhead to this rule, it seemed to be necessary for the writer to know what he wanted to say, in short, what he was talking about. As an exercise we were to try reducing the meat of our story to one sentence, for only then could we know it well enough to enlarge it to three- or six- or ten-thousand words.

So there went the magic formula, the secret ingredient. With no more than that, we were set on the desolate, lonely path of the writer. And we must have turned in some abysmally bad stories. If I had expected to be discovered in a full bloom of excellence, the grades given my efforts quickly disillusioned me. And if I felt unjustly criticized, the judgments of editors for many years afterward upheld my teacher's side, not mine. The low grades on my college stories were echoed in the rejection slips, in the hundreds of rejection slips.

It seemed unfair. I could read a fine story and could even know how it was done. Why could I not then do it myself? Well, I couldn't, and maybe it's because no two stories dare be alike. Over the years I have written a great many stories and I still don't know how to go about it except to write it and take my chances.

If there is a magic in story writing, and I am convinced there is, no one has ever been able to reduce it to a recipe that can be passed from one person to another. The formula seems to lie solely in the aching urge of the writer to convey something he feels important to the reader. If the writer has that urge, he may sometimes, but by no means always, find the way to do it. You must perceive the excellence that makes a good story good or the errors that makes a bad story. For a bad story is only an ineffective story.

It is not so very hard to judge a story after it is written, but, after many years, to start a story still scares me to death. I will go so far as to say that the writer who is not scared is happily unaware of the remote and tantalizing majesty of the medium.

I remember one last piece of advice given me. It was during the exuberance of the rich and frantic '20s, and I was going out into that world to try and to be a writer.

I was told, "It's going to take a long time, and you haven't got any money. Maybe it would be better if you could go to Europe."

"Because in Europe poverty is a misfortune, but in America it is shameful. I wonder whether or not you can stand the shame of being poor."

It wasn't too long afterward that the depression came. Then everyone was poor and it was no shame anymore. And so I will never know whether or not I could have stood it. But surely my teacher was right about one thing. It took a long time - a very long time. And it is still going on, and it has never got easier.

She told me it wouldn't.