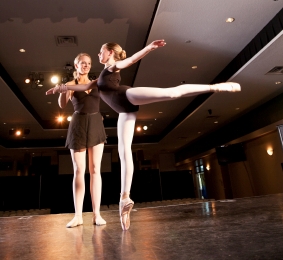 We writers for middle grade aged readers try to portray contemporary characters accurately in our fiction, but it takes careful work not to confuse our own memories of being children with the actuality of kids’ lives in 2013. Yes, kids are still kids, and friendships and family relationships haven’t changed all that much, but day to day life has changed. I’m always fascinated by museum displays of artifacts from different time periods, those everyday objects common then, but largely gone now, and with them, the time people spent using them. How many kids these days have sling shots or decoder rings or even baseball bats?
My observations only deal with what I see in my world, which is largely made up of suburban middle class families, so the following won’t hold true with large parts of the U.S., and certainly not of the bigger world. I thought it was important to consider these things though, because when I write a collection of characters, I want them to seem as real as possible. So here are some of the differences I’ve noticed in many kids’ lives now versus even ten years ago:
Luckily, kids still play with Legos. Legos made up an important part of WILDFIRE RUN and I based that on knowing just how many kids were and are obsessed with them. Kids still play with other toys too, but toys are competing with other distractions and scheduled lessons and practice.
There is more time on organized sports and more concentration on doing just one type of sport. It used to be that soccer or swimming had a season, and when the season was done, the child was done with it for the year. Now, even ten-year-olds can and do play soccer or swim all year on leagues and elite teams. If you have a character intensively involved in one of these sports, you’ll have to figure out to work in the time commitments in your stories.
The same holds true with dance, gymnastics and ice skating. For example, by the time a dancer is about twelve, there is quite a lot of pressure from most dance studios to commit to coming two or three times a week, and to participate in extra shows or competitions. Skipping a practice is greatly frowned upon, and kids are supposed to manage their homework so they don’t need to take a night off from dance to study.
Family involvement in sports is often a requirement as well, as parents coach and sell snacks and monitor their offspring at all day meets. I’m always trying to figure a way to get parents out of the picture when I’m writing a story, but parents are far more present now than they used to be, especially in sports.
When kids do get together for some free time, what they do in that time has changed too. Group video game playing is a very common activity, particularly for boys. It used to be years ago, a kid who wasn’t good at basketball or baseball could often feel left out. Now it’s the kids who don’t have the latest video games or who aren’t good at them.
Then there is youtube. A group of kids together with a computer will often end up watching youtube videos as a social activity. I was just recently clued in to the existence of youtube stars, ordinary people with entertaining vlogs who have collected huge followings.
There are more ways for kids to find things that interest them. While you can view the time they spend on the internet as a curse, for some kids, it opens up a world to them they might not have discovered otherwise. I know kids who have become fascinating by cartooning, writing fan fiction, making short films, learning how to decorate cakes, even making their own chain mail for fun, all by discovering other people doing the same thing on the internet.
These things are only a few observations, and I know I’m missing many. So if you are writing contemporary kids, what else have you noticed about their lives now that could add believable details to your stories?
~ Dee Garretson
Posted by Dee Garretson at 8/19/2013