Questions to Ask When Plotting a Sequel 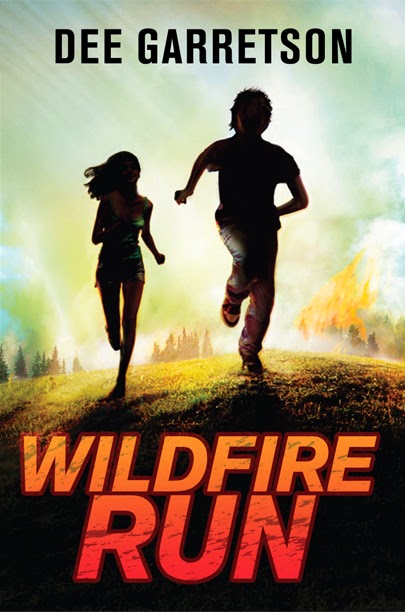 Since it’s President’s Day, I thought I’d post about one of my projects involving a follow-up story to WILDFIRE RUN, my book about a president’s son who gets trapped at Camp David after a natural disaster.

Basically, I feel as if I’ve been breaking my brain trying to plot out a sequel, so to help my poor struggling thought process, I finally made up a list of important elements. I hope this will help other plotters in the same situation.

I’ve discovered the character of a president’s son doesn’t lend himself to lots of adventures, because he’s surrounded by people protecting him all the time. I had to come up with plausible reasons he could be put in danger again and be the one to figure out how to get himself out of it. This is true of many ordinary kid characters. Your regular kid is not going to find treasure map after treasure map, or thwart jewel thieves multiple times, so this may be where the writer has to veer off in a bit of a different direction.
Some aspects of a sequel need to be familiar, because readers want that continuity, and they want a sense of feeling they know a character already. Other aspects need to be brand new, to give the readers a surprise, and to keep away from falling into predictability. Here’s what I’ve determined I absolutely have to keep in mind as I’m plotting:

What elements of a plot will readers expect to see repeated in a new book: (action, friendship, humor, etc.)
This is the most obvious part of a sequel, but it’s so important, it doesn’t hurt to keep it right out in front. In my case, this was easy to figure out. My new book has to include a lot of action and adventure.

What element/character is going to make the plot feel different from the earlier book?
I thought about doing another outdoor adventure, but decided it would be too predictable, so I’m moving into more of a thriller with bad guys mode. It will still have action and adventure, but I want to keep the reader guessing.

I’m also adding a new character. I think this is a great way to keep a sequel fresh. The reader knows how the original characters interact with each other, so putting a new character in their midst will add more interest, and maybe even shake up comfortable relationships.

Besides the main character, what other characters will readers want to see?
I knew I had to include my main character’s two best friends, so that made me plot it carefully to have them included in a realistic way. I also know many of my readers love the main character’s dog, Comet, but he’s a little harder to include. At the moment, he appears in the opening chapter to give that sense of familiarity, but he can’t take part in most of the rest of the story. I’m hoping it will be enough.

What traits of characters will readers expect to see? (This is so important. I’ve discovered in my own reading that I want to recognize character traits or interactions that remind me of previous books. It helps make me a part of that world.)

My main character, Luke, is prone to act before he thinks, so I wanted to put that in, but his real distinction lies in his ability to think up crazy solutions to solve seemingly impossible problems. It’s hard to think these up, but I know they have to be there, so I’m spending a lot of time thinking about this. Luke’s friends have their own important roles, and these have to be woven into the plot as well. Callie is the practical one, who solves problems the boys sometimes can’t, because they tend to get too elaborate in their ideas. Theo is the fact kid, who knows important details the others don’t.

So in writing all this down, it’s made the plotting seem a little less overwhelming. I’m not there yet, but I’m hoping that by spending all the time upfront planning, I will end up with a story that doesn’t need major rewriting. So I'm off for more plotting. Good luck to all those out there attempting the same.