FROM THE DESK OF THE EDITOR: From Guest, Harrison Demchick (eden unger bowditch) 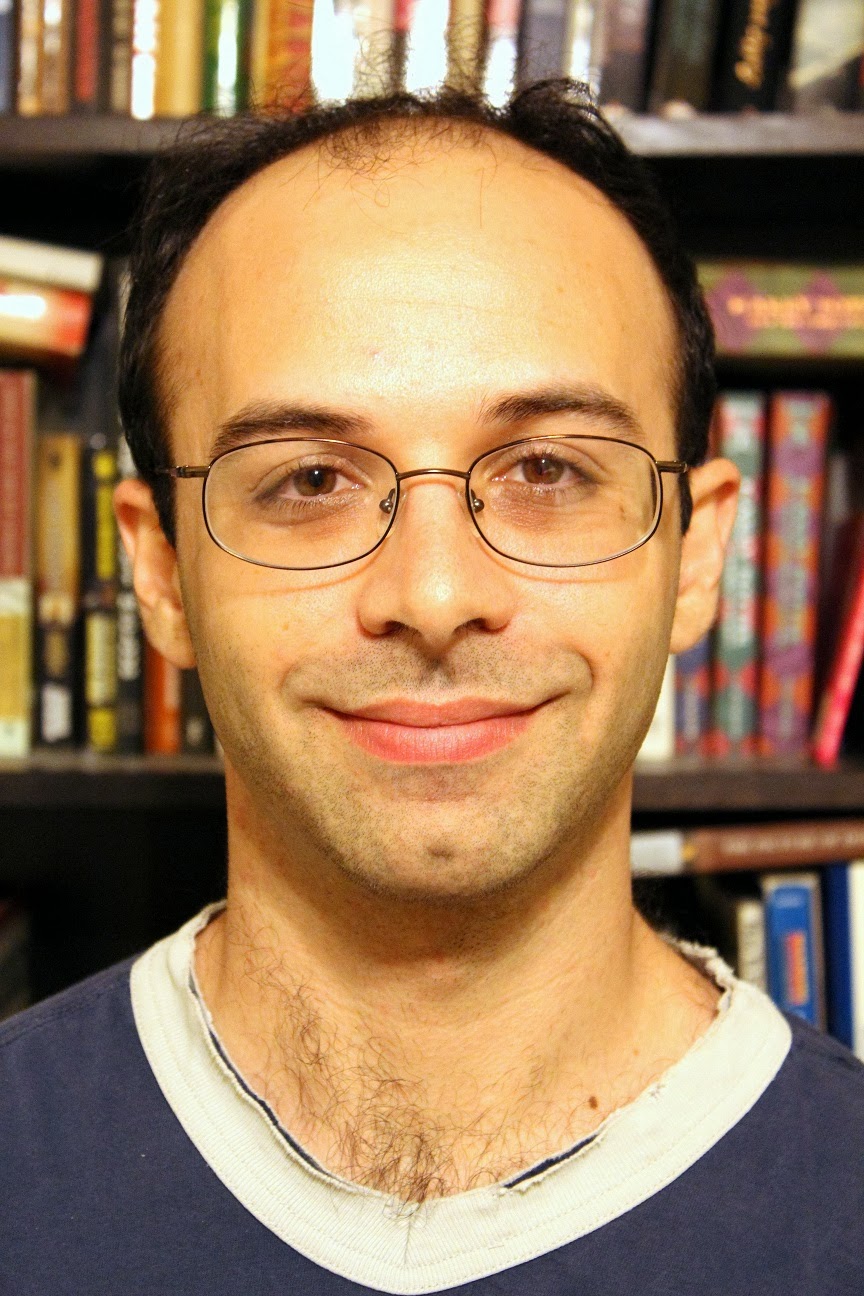 I was in a panic since he has worked with me on the first two Young Inventors Guild books and I cannot imagine life without Harrison as my editor, even beyond this series. He is deeply thorough and asks all the right questions that stimulate and allow for the author to be more attentive to the path of the story. And he is totally willing to be told 'NO' if need be.
All this said, he is the author of The Listeners https://www.goodreads.com/author/show/6520594.Harrison_Demchick and is my writing partner of the screenplays for The Atomic Weight of Secrets . . . and The Ravens of Solemano . . .

Harrison is going to share his wisdom, first through these four questions and then through the discussion in the comments below.
Anyone who participates in the conversation below will be eligible to win a free critique of a synopsis and the first few pages of their manuscript!
1. As an editor at Bancroft, what did you find the most important thing when reviewing a submission?

I actually didn’t review many submissions, but when I did, and really whoever was doing it, the most important thing we would look for is something interesting and exciting. And that’s awfully vague, I know. But what small presses will sometimes do that big publishers usually will not is take on a manuscript that has the potential to be great, even if it isn’t there yet. On a fundamental level, the reason is that a publisher wants to be passionate about what it publishes.

We were passionate about great stories and characters.  I personally gravitated toward strong voices—the kind that transport you to a time and place so vividly that you may well have lived there yourself.

2. What would you suggest to an author struggling with a manuscript that has been rejected?

There’s not an author in the world who has never been rejected. All your favorite writers were rejected, probably many times, and ultimately the determining factor is the same one that got you to a completed draft to begin with: You need to have the drive and determination to see things through. It’s true of the writing process, it’s true of the revision process, and it’s true of the submission process as well—not to mention marketing.

But that said, what you don’t want to do is get into the mindset that everyone rejecting your novel is an idiot unable to grasp your obvious brilliance. You don’t want to decide, based on that, to self-publish exactly the manuscript you have. And that’s not a knock on self-publishing. If you feel that’s the path for you, and it has never been more legitimate than it is today, then by all means it’s the path you should take.

But not until your manuscript is as strong as it can be. If you’re receiving a lot of rejections, before you go ahead and ignore the whole submission process, step back and think: Maybe they have a point. Maybe I’m not finished yet. Maybe my book can be better.

And maybe that’s not the case at all, but you don’t want to put your work out there until it’s as strong as it can possibly be. Get feedback. Bring on an editor who doesn’t belong to a publishing house or agency—someone whose concern isn’t commercial viability, but rather purely quality. Take the time to revise. “Good enough” is never good enough.

3. Before submitting a manuscript (either to an editor, publisher, or with aspirations of getting a book deal) what would you suggest an author do to have the best shot at a positive response?

It depends on who you’re submitting to. If you’re bringing on an editor, the main thing you need to do is understand that there may well be a lot more work ahead of you. You’re paying an editor to be that professional pair of eyes that can see what you can’t, so you can’t expect him to say only what you want to hear. He’s going to tell you what you need to know, and if he’s really good, he’s going to help you fix whatever problems exist and reach your full potential. But you can only do that if you’re open to it.

As for publishers or agents, what you really want to show them is polish. That doesn’t just mean correcting incorrect spelling or grammar (although most submissions editors will stop reading in the space of a few pages if they’re not engaged, so obvious mistakes are a surefire way to get a manuscript rejected). It means that what you’re sending out should be as strong as you can make it. You’ve worked with an editor. You’ve taken critiques. You’ve grown as a writer and improved your manuscript. What you’re sending out there is genuinely the best you can do. Generally speaking, you can only send the same manuscript to the same agent or publisher once, so make sure it’s the best version of itself.

4. A few tips for all authors?

There are so many, and I hope I can give out a lot more in the conversation below. But I think the most important thing authors need to understand is that every struggle they hit—the rejection, the massive editorial letter, and everything before and after and in-between—is part of the process. You can’t write that amazing third draft without those somewhat less than brilliant first and second drafts. There are no shortcuts, even though you sometimes want there to be.

The other thing I can impart is kind of obvious, and we’ve all heard it, but it’s important: A writer has to write. A writer has to set the time aside. Back around August, my writer friends and I started gathering every Sunday at 3:30 to work on our own projects, and even though I never thought that was something I needed—I’ve always been a pretty self-motivated person—I have never been more productive in my entire life. I finished a screenplay, several times (because it wasn’t really done yet, and probably still isn’t). I started another. And I’ve had this perpetually regenerating writer’s high as a result.

And that’s something we should all keep in mind as well. Amidst the struggle and the frustration of the blank or otherwise imperfect page, let’s not forget that we’re writers because writing is fun. We want to write. We need to write. And when we take the time, it feels really, really good.

Now, I’d love for you all to take some time to ask me some more questions, because I’ll be hanging around Project Mayhem to answer them.

And even if you don’t win that free critique, don’t worry. You can still sign up for a free half-hour editorial consultation at http://ambitiousenterprises.com/contact/. And if you mention Project Mayhem when you sign up, you’ll get 10 percent off any developmental editorial service.

I’m looking forward to talking with all of you!
Posted by eden unger bowditch at 3/10/2014