Evolving Your Dream (aka Don't Write Another Harry Potter) 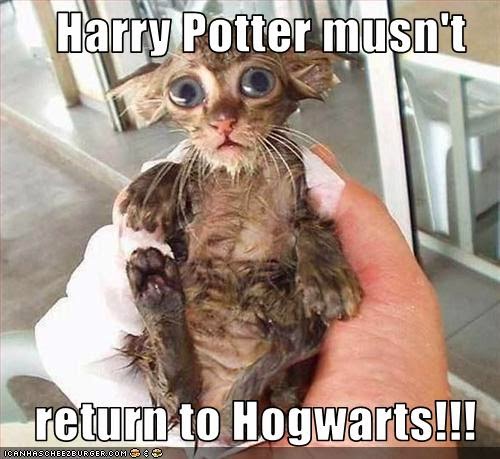 This is by no means a blanket statement, so please don't take it as such, but in the publishing world, once a house or literary agency gets a big hit, let's use Harry Potter as our example, by and large the last thing they are going to do is take on another series or even a stand-alone about a school for wizards. Reasons: A) It's been done. B) Think of it as a conflict of interests. This could lead to some awkward conversations with the house's or agency's bestselling author and they are not going to risk losing said bestselling author by signing another author who's writing a "look-a-like" series. I mean, let's be honest, would you? C) Once a series is a runaway hit in the market, readers tend to mark that type of book off their list and move on, making the read-alikes, though maybe just as good, secondary to their earlier counterpart and always compared to it. Like I said though, there are exceptions to this rule, but when we're talking about a school for wizards, a camp for Greek demigods, vampires that sparkle in the sun, or an ancient clan of warrior owls, I'm darn sure you can tell me the title of each series, even if you haven't read them, which is saying a lot.

All that said, this post isn’t meant to discourage you from writing the book of your dreams. Just maybe, you need to reinvent your dream. In other words, take it to the next level so it becomes your own and incomparable to other authors. When you listen to music from thirty years ago and you hear those old school drum machines in the background, you may think how basic or even simple it all sounded, but back in the day, that music was the height of technology, ultra cool, but guess what, music went to the next level, and the next, and the next. Technology went to the next level too. Gone are the Amiga 3000's that could sink a small boat and in their place have risen tiny compact machines with awe-inspiring power that fit in the palm of your hand. Even cooking has evolved. Think of food from the seventies. I remember seeing a picture of my mom at a dinner party holding an appetizer that looked like plastic pink marshmallows on a stick, now compare that to what chefs think up today like Kobe beef skewers with Thai chili sauce. What a difference! Everything evolves. Shouldn't writing evolve? Shouldn’t our stories evolve? Instead of retelling the same idea (and I'm not talking about the retelling of fairytales, completely different topic), why not take an idea and make it completely our own?

So, your book about a boy who goes to a school for wizards has already been done. Now what? Write it anyway? Sure, you could do that. You may even get lucky, but man, your chances are slim to nonexistent. But what if you completely switched things up? What if being a wizard was completely normal, the more wizardly you were the better, and if you weren't a wizard you were sent to school to be a domestic, destined to forever wait hand and foot on those who were born with gifts you were not given? How could you make that MC special? What could make your book shine? Think about it. What could a young servant learn living in the house of a great wizard? What secrets might unfold? How could he become special? And if this book's already been written, I apologize...I'm thinking of a story on the fly here! ;)

What am trying to get at is you don't have to kill your original idea. You only need to nurture it a little and let it transform into a brand new story, something that's all you. Be your own catalyst. Evolve that dream and turn it into an amazing first-time-ever reality for your readers. Make your next story the one twenty years from now other writers will wish they'd have written.
Posted by Hilary Wagner at 7/18/2014