According to the Indicators of School Crime and Safety report from 2013, "about 28 percent of students ages 12–18 reported being bullied at school during the school year." Bullying can affect school attendance, physical well-being, and emotional health.

As a mother, a former teacher, and a children's author, I am so grateful for the writers who choose to take this difficult topic head on. Here are four books published in the last year that touch on bullying in some way. These aren't the simple "problem novels" of my childhood. Each contains layers of real complexity, allowing readers to experience the story alongside characters who are true to life and reside in a recognizable world.

Abigail and her two best friends are poised for a life of pom-poms and popularity. But not only does Abigail end up in a different homeroom, she doesn’t make the squad. Then everyone’s least favorite teacher pairs Abigail up with the school’s biggest outcast for a yearlong “Friendly Letter Assignment.” Abigail can hardly believe her bad luck. As her so-called best friends and potential for popularity seem to be slipping away, Abigail has to choose between the little bit of fame she has left or being a true friend.

ALWAYS, ABIGAIL is an epistolary novel whose entire story is told through a series of lists. What I found fascinating about it was how familiar these sixth graders interactions felt. There isn't one bully in this story. Several kids get that title, at times including Abigail herself.

Sourcebooks has developed a curriculum guide that talks about popularity, outcasts, friendship, and bullying. Ever since he was little, Jake Green has longed to be a soldier and a hero like his grandpa, who died serving his country. Right now, though, he just wants to outsmart—and outrun—the rival cross country team, Palmetto Ridge. But then the tragedy of September 11 happens. It’s quickly discovered that one of the hijackers lived nearby, making Jake’s Florida town an FBI hot spot. Two days later, the tragedy becomes even more personal when Jake’s best friend, Sam Madina, is pummeled for being an Arab Muslim by their bully classmate, Bobby.

Kerry O'Malley Cerra has managed to capture the confusion and fear that surrounded the early days of September 11, 2001 as well as actions of both kindness and biogtry. Kerry's website includes excellent resources, including the story behind the inspiration for the book as well as teacher resources. 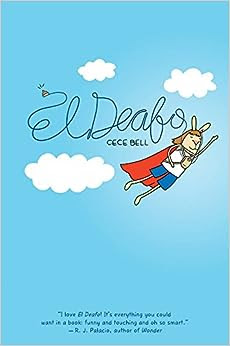 The Phonic Ear gives Cece the ability to hear—sometimes things she shouldn’t—but also isolates her from her classmates. She really just wants to fit in and find a true friend, someone who appreciates her as she is. After some trouble, she is finally able to harness the power of the Phonic Ear and become “El Deafo, Listener for All.” And more importantly, declare a place for herself in the world and find the friend she’s longed for.

I loved this review of EL DEAFO by teacher Gary Anderson, specifically this observation: "EL DEAFO also includes a bully who is mean to Cece in a way that has nothing to do with her deafness." This story moves beyond what might be expected in a way that is both rich and satisfying.

Abrams has created this teacher's guide. 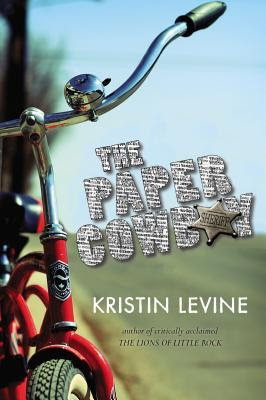 Though he thinks of himself as a cowboy, Tommy is really a bully.  He’s always playing cruel jokes on classmates or stealing from the store. But Tommy has a reason: life at home is tough. His abusive mother isn’t well; in fact, she may be mentally ill, and his sister, Mary Lou, is in the hospital badly burned from doing a chore it was really Tommy’s turn to do. To make amends, Tommy takes over Mary Lou’s paper route. But the paper route also becomes the perfect way for Tommy to investigate his neighbors after stumbling across a copy of The Daily Worker, a communist newspaper.

Tommy is shocked to learn that one of his neighbors could be a communist, and soon fear of a communist in this tight-knit community takes hold of everyone when Tommy uses the paper to frame a storeowner, Mr. McKenzie. As Mr. McKenzie’s business slowly falls apart and Mary Lou doesn’t seem to get any better, Tommy’s mother’s abuse gets worse causing Tommy’s bullying to spiral out of control.

THE PAPER COWBOY, which debuts this month, has so far earned three starred reviews. Kirkus calls it "winningly authentic; Publishers Weekly says its "a thoughtful story about understanding and compassion, distinguished by complex characters"; and Booklist describes it as "sophisticated [and] powerful."

Editor Stacey Barney talks about her love for THE PAPER COWBOY here.

Do you have any other books that might fit on our list? Please add to the conversation!

I'm giving away an advance reader copy of THE PAPER COWBOY. To enter, simply leave a comment below. US residents only, please. The winner will be announced Friday, November 21.