Answers & a Winner to the Famous Last Words Contest! 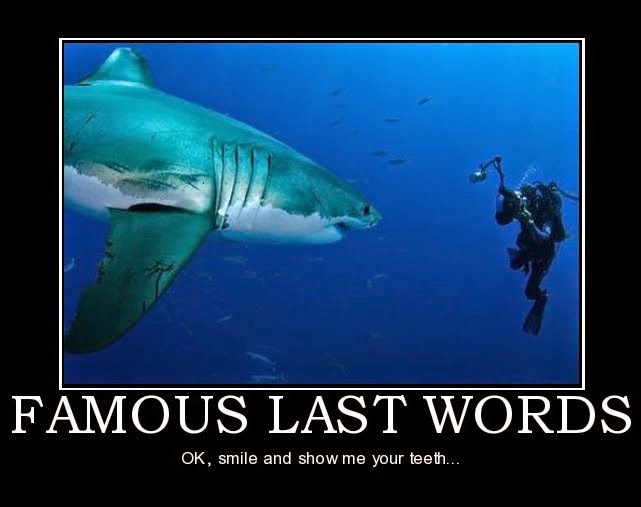 Congrats to Brittany Hoff, winner of the Famous Last Words Contest, including guessing my book! Here are the answers below. I know this was a tough one, but Brittany managed to get six answers right! I'd say that's pretty impressive! CONGRATS, BRITTANY and thanks to all who entered!


1. Across the lawn came the Master of Misselthwaite and he looked as many of them had never seen him. And by his, side with his head up in the air and his eyes full of laughter walked as strongly and steadily as any boy in Yorkshire— Master Colin. THE SECRET GARDEN, Frances Hodgson Burnett

2. All that could be seen from its woolen folds was the baby’s snow-white nose. Okay, this was MY book--had to do it! NIGHTSHADE CITY, Hilary Wagner

4. Shaking crumbs from her hair, Em leaped to her feet. “You’d better run, Matt Calder, ’cos special or not, I’m going to kill you!” HOLLOW EARTH, JOHN & CAROLE BARROWMAN

5. I asked Argus to take me down to cabin three, so I could pack my bags for home. THE LIGHTNING THIEF, Rick Riordan

6. “Faith, sir,” replied the storyteller, “as to that matter, I don't believe one-half of it myself.” THE LEGEND OF SLEEPY HOLLOW, Washington Irvine

7. She began to untie it. THE CITY OF EMBER, Jeanne Duprau

8. Now Rann the Kite brings home the night That Mang the Bat sets free— The herds are shut in byre and hut For loosed till dawn are we. THE JUNGLE BOOK, Rudyard Kipling

10. The end of the world started when a Pegasus landed on the hood of my car. THE LAST OLYMPIAN, Rick Riordan