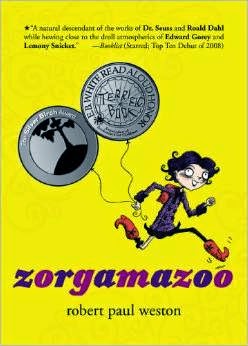 It is hard enough to rhyme for half a page but how do you sustain it for an entire novel?  The person to ask is Robert Paul Weston, whose 250 page MG novel, Zorgamazoo, is told entirely in rhyme.  Not only is the rhyming splendid, the story itself is first rate.  It revolves around an unlikely alliance between a girl named Katrina and a monster named Morty.  The quest they embark on is hilarious and harrowing, fraught with ingenious fantasy and unforgettable villains.

We owe Mr. Weston a debt of gratitude for reminding us that the art of rhyming is not dead.  Unfortunately, for those of us who like to rhyme, and find it impossible not to do so on a regular basis, it is becoming harder and harder to find a publisher.  My agent, whose expertise I respect, has told me on several occasions that long rhyming picture books in the Dr. Seuss style are almost impossible to sell.  This is sad and confusing.  Why are editors so scared of rhyming?  What is the source of their aversion?  If a story rhymes why must it be considered uncommercial?

I did volunteer work for five years at the Children’s Hospital of Los Angeles. 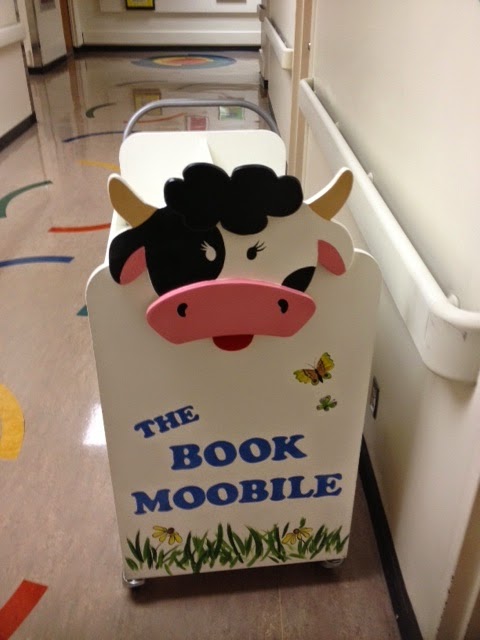 I walked around with a cart shaped like a cow called ‘The Book Moo-bile’.   Free books were handed out to sick children and to the brothers and sisters who came to visit them.  The children were allowed to picks their own books.  The cart had a huge selection to choose from.  Dr. Seuss was by far the most popular author.  Even teenagers reached for Horton and scurried off into a quiet corner to devour the linguistic magic.

For those of you in the world of Mayhem who love to rhyme, I say keep on doing it!  Hopefully rhyming will experience a renaissance in children’s literature.  If that does occur, Robert Paul Weston is one of the writers we shall thank.
Posted by Unknown at 4/15/2015