IT'S ONLY A GAME: Games from Page to Reality by Eden Unger Bowditch

Sometimes, characters in our books come up with a good idea. And then what? Well, in The Strange Round Bird… Noah invents a game. And it works. And it is fun! The game literally jumped off the page into reality.

It started with spare time and an idea of what to do with extra pawns from a broken chess set. Moving the pieces around, I began to see how they could work as a separate and different game. What if it was a broke board? What if there were six pieces? How would they move? What was the goal? And then, with an explosion, the game slipped into the story as a way to distract a nervous character from being frightened. So, to be honest, there was an idea, the idea worked in the book, and in the book the game came to life. 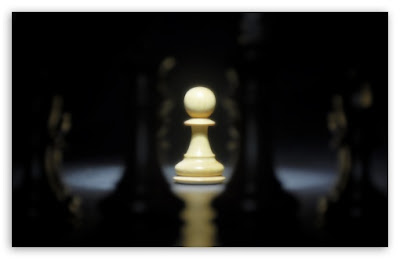 Now, I’ve had people send me recipes they created from descriptions of dishes in these books. I’ve had people send me photos of themselves dressed like characters. But this is something slightly different. This is an invention that came to life in the story. At first, I did not believe that there could possibly be a game on a board of squares that did not already exist. I researched online and even brought it to a games expert. Apparently, it did not exist. I worried that it was because it was just a bad idea so I started bringing it with me to schools at visiting author events. People seemed to like it. My publisher had a minor freak out and sent me a patent lawyer, insisting that I patent the game before taking it out to the public. Thanks, guys. I hadn’t thought of that.

After hours upon hours of playing (thank you, my children and all of their friends) the game ‘Sufuuf’ made its way into the world, with rules and pieces, just like a real game. The games expert gave me names of game manufacturers who might be interested. I was even contacted by the ‘Seen On TV’ people who had a rather remarkable financial offer. Clearly, they had never read the books since the story takes place at the turn of the last century. Not a good fit for TV. I declined.

So from the page to the real world, Sufuuf has come into being. Do you have characters that invent or build something in your stories and those things come to life in the real world? It is very exciting! My first event in is Los Angeles in May. I’ll let you know how it goes.