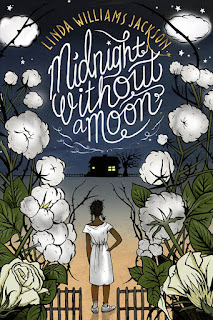 There are some writers who know straight away that they intend to write for children, whether it’s picture books, middle grade books, or young adult books. When I first set my heart on writing a book, I had my mind made up that I would pen the Great American Novel—for adults. Everyone who read it would deem me brilliant—a genius—a wizard at wordsmithing—a master at plot twists. When I sat down to write this great novel, I named my main character Joshua Tanner. And he was seven years old. Yep. You read that right. My mc was only seven years old. And his supporting cast? Um, they were all fourteen. And my brilliant, Great American Novel? It weighed in at a hefty 55,000 words. When someone asked me whether I was writing a book for children, I scoffed and said, “Of course not. It’s an adult novel.”
Now, don’t get me wrong. An adult novel can have a seven-year-old protagonist, surrounded by a cast of motley fourteen-year-olds. But my novel was in no way a novel for adults, or a novel just for adults, I should say. I eventually self-published that book about seven-year-old Joshua Tanner and the fourteen-year-old boys who tried to kill him in the woods, and that book became required reading in several middle schools in a few southern states. Thus began my adventures as an accidental middle grade author.
When I penned my next few manuscripts, I intentionally geared them towards a middle grade audience. I also set my heart and mind on landing an agent and a traditional book deal. But my manuscripts faced much rejection. Over two hundred of them, to be almost exact, over a course of six years….
Then came my first attempt at historical fiction. This story, like the others, would be written for a middle grade audience. However, as I thought about some of the themes I wanted to cover in this novel, I decided that perhaps I should write it for an older audience. So I changed my protagonist’s age from twelve to fifteen and set out to write this book for either young adults or adults (depending on who was interested in acquiring it). When I queried the manuscript, I categorized it based on what the agent was looking for. Eventually, the manuscript landed an agent and sold to an editor (after a tiny auction) as a YA novel. But….
The editors who had shown interest in this YA novel had indicated that they thought the novel’s content would be more readily embraced by a middle grade audience rather than a YA audience. I was asked whether I’d be willing to change the protagonist’s age (and a few other things) in order to set the book squarely in middle grade territory. Of course I said yes! And my YA/adult manuscript Becoming Rosa, with a fifteen-year-old protagonist, became my middle grade debut novel Midnight Without a Moon, with a thirteen-year-old protagonist instead.
The Bulletin of the Center for Children’s Books has said of the novel, “Jackson pulls no punches in the characters’ heated discussions and keeps dialogue raw and real.” Some reviewers have even written about the “non-sugar-coating” of the story. Personally, I can’t help but wonder whether the conversation surrounding Midnight Without a Moon would be different had I written it in its entirety with a middle grade audience in mind. Probably so. I imagine I would have pulled a whole lot of punches in the characters’ discussions and the dialogue had I had ten-year-olds in mind as I wrote the manuscript. Dare I admit that I might have even “talked down” to my intended audience and shied away from tough topics had I known, in advance, that the book would be set in the 10-12-year-old age range?
For this reason, I’m glad that I ended up being an accidental middle grade author. Some of my favorite middle grade novels are the ones that were not afraid to go deep with young readers—books where the author was not afraid of—dare I say it—censorship. Had I known, upfront, that I was writing for a middle grade audience, I would have feared those things. And, had I feared those things, Midnight Without a Moon would be a much lighter read than it currently is.
Katherine Paterson is one of my favorite authors, mainly because she doesn’t shy away from the heavy stuff in her MG novels. Jacob Have I Loved is my all-time favorite of Mrs. Paterson’s novels. Some deem it dark and depressing. Yet, I would have welcomed it as a kid because the main character Louise would have made me feel less alone. And of course, there’s Paterson’s The Great Gilly Hopkins, a book in which she definitely isn’t shy about Gilly’s crude choice of words. And who can forget the heartbreaking Bridge to Terabithia? Need I say more about tough topics in middle grade books? 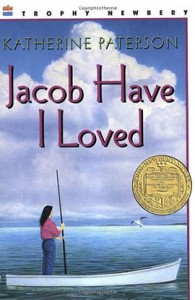 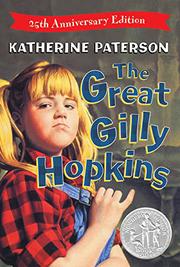 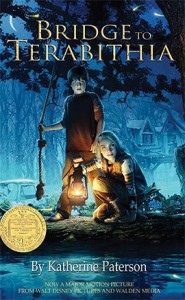 What are your thoughts? Did you enter this field knowing you would write for children? Do you tackle tough topics in your writing, regardless of the target audience? And, finally, what do YOU think of Katherine Paterson’s MG novels—too grown-up, or just right for young readers?
Posted by Linda Williams Jackson at 3/27/2017

Email ThisBlogThis!Share to TwitterShare to FacebookShare to Pinterest
Labels: #MGGetsReal, Bridge to Terabithia, Jacob Have I Loved, Katherine Paterson, Midnight Without a Moon, The Great Gilly Hopkins, tough topics in middle grade books, writing for kids