Kill the villain? Or save them? by Joanna Roddy

For my last post, I talked about villains and the layering of roles often seen in kids lit: rivals, agents, and the true enemy. I want to continue that discussion and talk about what we as writers do with our villains in the end. 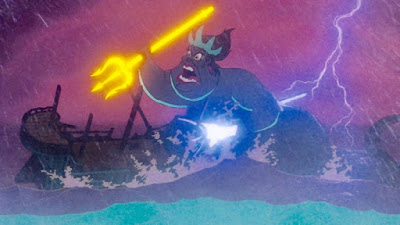 Disney (and for that matter, most traditional story-telling) tells us that the villain needs to die. Especially the true enemy, especially if they are powerful through magic or supernatural ability. They're too dangerous to live. Lesser villains, like agents, need to be punished, and rivals and bullies need to be humiliated. It's often an eye-for-an-eye system in which just deserts are served up to satisfy the viewer's sense of fairness. In these narratives, good is good, though it may be flawed or misguided; and bad is intentionally bad. The hero must vanquish evil. Ultimately, these stories have a power struggle as the central conflict and the story ends when power ultimately resides with the protagonist.

Other story-tellers, like Japanese animated fantasy film-maker Hayao Miyazaki, show us villains who are unquestionably bad and clearly set against the protagonist, but the hero's path to overcoming that villain isn't through violence or a show of definitive power. This is because the hero has a different skill-set altogether. Where traditional heroes need to harness their power in physical or magical battle, these alternative heroes are equipped with empathy, loyalty, and kindness. They will still need bravery and perseverance, but the result will be something far different than vanquishing the villain. Rather, the villain can be saved. 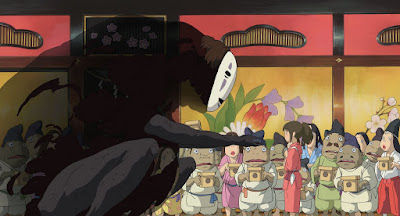 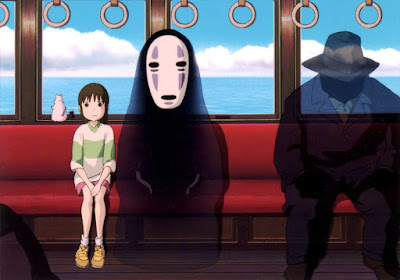 Take for example Spirited Away, Miyazaki's 2003 Oscar-winning film in which the ten-year-old hero, Chihiro, defeats a monstrous spirit feeding on people's greed by simple indifference to its offers of gifts and gold. After returning it to its benign form, she befriends it, taking it as a traveling companion. Later, Chihiro is able to win her freedom from a witch, Yubaba, who is holding her and her parents prisoner, through her wits and monopolizing Yubaba's weak spot: her devotion to her bratty son. Does Chihiro hold the son hostage or threaten him? No. She earlier made friends with him, transforming his selfishness into compassion that then is leveraged in her favor. The story is left with the possibility that Yubaba's love for her ennobled son will lead to her own transformation. 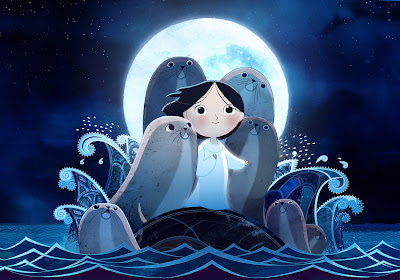 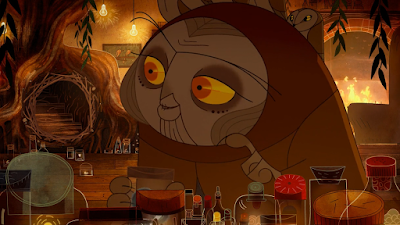 Another example: Tomm Moore's Song of the Sea. Based on Irish folklore, the villain in this film is Macha, the owl witch. She steals people's emotions, keeping them in glass jars while the people themselves are turned to stone. We learn that she does this because her son's broken heart was too painful for her to witness, and, thinking she was giving him mercy, she turned him to stone. Now she is determined to do the same for everyone, including herself. The child protagonists break the jars and the emotions all come flooding out. Macha realizes that allowing oneself to feel things, even great emotional pain, is preferable to feeling nothing and being barely alive. In the end she becomes their ally and her relationship with her son is restored. 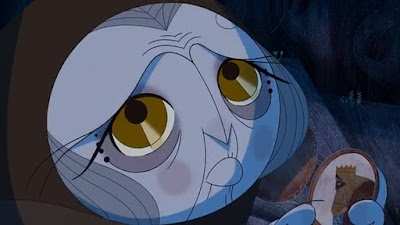 The only irredeemable villains in these films are destructive forces. Miyazaki presents war and pollution again and again in his films as true evils that must be resisted. Moore's Song of the Sea offers only time and the rules of magic as the heroes' greatest enemies.

I find myself torn. Evil is real. Just look at the news. Kid readers understand this in a pure and simple way, often overlooking the nuance and splitting the world into good guys and bad guys. I think the longing to see justice for wrongdoing is innate. But as writers, I feel we owe it to children to represent the world as it truly is: seemingly evil people have complicated motives, and no one is completely irredeemable. Our choices have power and the possibility to choose good is always there. Some villains will never choose good--that's the power of free will too.

Typically our heroes destroy the villain in a final showdown in which good prevails against all odds. The hero seems ill-equipped and powerless until that last moment when what is needed to overcome impending doom finally arrives, and they win. But what if instead the thing that arrives against the odds is that elusive magic--the kind we all wish we had--that gives the hero the exact key to unlock the villain's heart and return them to a path of love? Everyone wins. What if we told stories like that, and instilled the belief in children that maybe there's something inside them that can transform the world through love instead of violence? Through peacemaking instead of division.

Maybe that's idealistic, but doesn't our world need those kind of heroes now more than ever?
Posted by Joanna Roddy at 6/23/2017