Let’s Talk About the “D” Word in Children’s Books


Back in March, I had the opportunity to share the stage with newly acclaimed author Angie Thomas (The Hate U Give) and soon-to-be acclaimed author Corabel Shofner (Almost Paradise). It was a joint book signing at Square Books in Oxford, Mississippi with Corabel as the moderator. For those of you who don’t know, Oxford, Mississippi is the home of the University of Mississippi, or Ole Miss at it is commonly called, a college that has a long history regarding race issues. Even the name “Ole Miss” itself has a rather negative racial connotation; it's the name slaves used when referring to the slave owner’s wife.


After our book talk, a professor from the college asked a question which she had previously asked her students and which none of them could (or would) answer: “When it comes to books for children, why does representation matter?”

After our initial responses, we both gave more personal responses. We talked about the books that got us to reading when we were kids—books such as Roll of Thunder, Hear My Cry for Angie and The Soul Brothers and Sister Lou for me. After we shared our personal experiences, I was able to take the conversation a bit further. Being a parent, I was able to talk about how seeing themselves in books has mattered to my own children.

Because my children have been raised in a more diverse environment than what I was raised in, it never occurred to me that representation mattered to them. It wasn't until my son, my third child, had to do a reading project for school. He had to choose a character from one of his favorite books and make a replica of him or her. The book he chose was Captain Underpants. The character he chose was George. When I asked him why George was his favorite character, he replied, "Because he's brown like me." 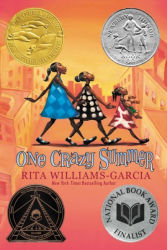 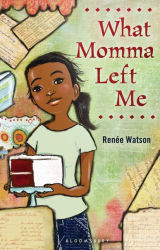 That's when I began to have flashback moments of my middle child and her early novel reading experiences. She loved many types of books, but she pointed out that her favorite books were Roll of Thunder, Hear My Cry by Mildred Taylor, One Crazy Summer by Rita Williams-Garcia, and What Momma Left by Renee Watson. It never occurred to me that she loved those books because they all featured a main character who looked like her.

Even while watching television, my son, who is now ten, will take note if there is no diversity in the cast. Just recently he watched a show on a popular children’s channel and commented afterward, “I can’t believe that there were no brown people at all on that show.” This isn’t something we taught him. This is something that is instinctive. He feels a deeper connection to a book, TV show, or movie, when there is someone with whom to connect. On the flip side, he gets absolutely giddy when there is representation on a show. Really, he does. He gets so excited that he points it out, “Hey, there’s a brown kid on this show.” It makes him feel good to see someone like himself, whether it’s on the page of a book or on a stage before a TV camera.
﻿﻿﻿
So why is representation important? When a child is a part of any type of minority group, whether it’s based on skin color, gender identity, physical or mental challenge, religion, culture, or any other group that I have failed to list, it makes that child feel special to see himself or herself represented. And that is why that “D” word—Diversity—is so important in children’s books.

What are your thoughts on this topic? Why does representation matter to you?