Planning on writing a sequel or expanding your story into a series? 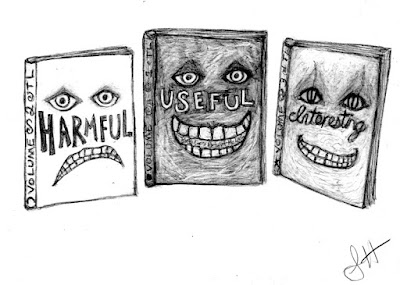 Here are a few tips we’ve learned while working on Fairday Morrow and The Talking Library, the second book in the Fairday Morrow series- coming this October!

The Overall Picture:
●      Remember to weave in the backstory! It sounds obvious, but you’d be surprised about what you assume readers will remember about the places and characters. Plus, the new readers will need to be filled in.
Tip: Finding a balance for how much backstory you include is important, and that’s why securing a good developmental editor is key. 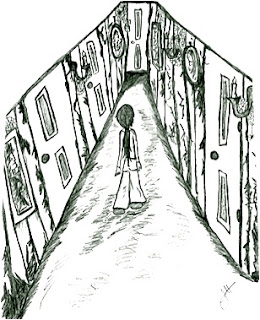 ●      Scene setting is critical. Pulling returning readers back in, and giving new readers the experience for the first time is the goal. The Begonia House has lots of nooks and crannies, which give it depth and character, so keeping continuity for the second book was challenging, but also very satisfying and fun. Who wouldn’t want to re-visit a spooky old victorian house packed with secrets and magic! :)
○      Building the new world of The Talking Library into the foundation of the the Begonia House was hard work, but in the world of story, anything’s possible. When you let your imagination loose, you might open a whole new can of worms and not even know it. Letting ideas flow, even if you wind up tossing them, is part of the process of crafting the scene- like shaving down the story to reveal its face.
Tip: We set up an “Information Dump” file. This is where we put all the good sentences we write after we spend hours getting them just so, then decide to cut them. Again, a bit painful, but part of the process. Sometimes, we can fit them into another spot where they’ll work better. The less you are attached to the specific sentences, and the more you are committed to the whole picture of your project, the easier it is to let go.

●      Keep your clues organized! In our case, the first mystery in The Secret Files of Fairday Morrow (book 1) ties into the second case the DMS (Detective Mystery Squad) tries to solve, so there were a lot of pieces to fit into the puzzle, and keeping the clues straight was important. Having consistent details is what pulls together story magic.
Tip: We collaborate using Google Docs to organize our writing. It’s a great tool for authors. It’s easy to share ideas and keep the manuscript in order.

Writing the sequel, or the next book in the series, is harder than the first book because you need to paint a clear picture of your characters and past book(s), but you also need to keep everything fresh while introducing new ideas. Organization is the key! Putting the final touches in place will be a reward and although it doesn’t come easy, it will be worth it. 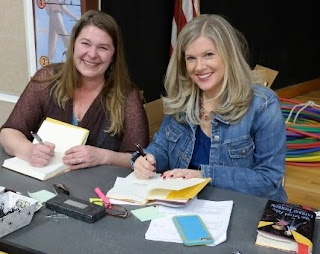 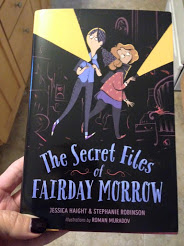 The Secret Files of Fairday Morrow
Middle grade mystery for ages 8 and up
Pick up a copy!

Fairday Morrow and The Talking Library
Book 2: COMING THIS OCTOBER!

Fear not the unexpected.
Anything’s possible. 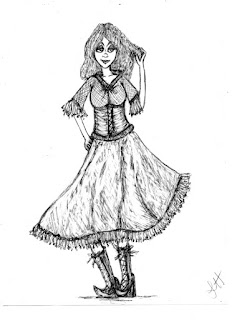