Upper-MG Authors to Adventure With by guest blogger Sean Easley

This month, I'm delighted to turn the Project Mayhem reins over to my fellow Electric Eighteen debut author, Sean Easley. I can't wait to read his debut next year, a fantasy that sounds like EXACTLY the kind of story I would have loved as a kid - and still love now!! Since my kids and I will have to wait a while for Sean's book to come out, he joins us on Project Mayhem to recommend some of his favorite upper-MG adventures. Welcome, Sean! 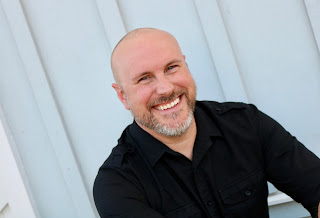 UPPER MG AUTHORS TO ADVENTURE WITH

Now that the summer break is over and school’s back in session, it’s easy to think we’ve left all the summer adventure fun behind in August.

But that’s the beauty of books… they’re a “uniquely portable magic,” as Stephen King says. I’d argue they’re a uniquely season-less magic, too, able to take you places you aren’t able to go, even in the midst of the business of life. And kids need these stories, to lend adventure to their lives, to teach them about the world they live in and how they fit, and to show them the wonder that are the people they live in it with.

That’s what draws me to these middle grade adventure stories. In a world where we’re pushed to accept mundane responsibilities and take out the garbage and feed the dog, the ability to embark on a grand adventure that teaches us something about ourselves and others is valuable. More than valuable… it’s priceless. Magic.

When I was younger, it was authors like Susan Cooper and Madeliene L’Engle and Diana Wynne Jones and John Bellairs who kept me in adventure when the school year rolled around. But it didn’t stop there. So many authors today are weaving new stories to carry our students to new worlds and build them up along the way.

So let’s reclaim the adventures by jumping into a book by one of these amazing upper-MG adventure authors.

Tracey Baptiste: The Jumbies - We’ll start with one of the slightly younger entries on the list. Tracey Baptiste has done an amazing job of bringing a Haitian folktale to life in a way that’s a bit scary, a bit dark, but with a heart and life all its own.

Kelly Barnhill: The Girl Who Drank the Moon - Kelly Barnhill’s lyrical prose and beautiful stories are full of their own kind of adventure and magic. The Girl Who Drank the Moon packages an exciting journey in the guise of a fairy tale about the nature of love, power, and the lengths people will go to for control over both. It’s a gorgeous book, and one every middle grade kid should read.

Robert Beatty: Serafina and the Black Cloak - Robert Beatty’s Serafina series gives us a girl who’s choosing her own adventures in and around the famous Biltmore Estate. There’s more to Serafina than meets the eye, more even than she knows at the beginning of her journey, but her path to family and courage is a fantastic ride that’s sure to make every kid appreciate what they have in their own families and friendships.

John Flanagan: Ranger’s Apprentice series - Flanagan’s Ranger’s Apprentice series is a truly expansive property full of action, adventure, and a wondrous world full of places to explore. Centered around a boy who’s learning where he fits in his society, this series has come a long, long way over the years, and features over a dozen books, plus sequel series. Kids who fall for Flanagan’s effortless prose and engaging characters will have their hands full for a long time.

Lisa McMann: The Unwanteds - If you’re looking for an adventure about creativity and uniqueness, then look no further than Lisa McMann’s The Unwanteds. Set in a world where kids get sorted into Wanteds, Necessaries, and Unwanteds, McMann explores individuality and the feelings that come from not being what someone else wants you to be, and packages it in a way that’ll really resonate with kids of all kinds, but especially who’ve also felt unwanted (which is incidentally one of the most common feelings among kids in this age group).

Shannon Messenger: Keeper of the Lost Cities series - Messenger’s Keeper series is a new take on an old concept: elves. You’ll be surprised with the adventure Messenger crafts, though… it’s a wild ride, full of lost cities like Atlantis and Shangri La and a fun conservationist take on the fantasy genre.

Brandon Mull: Fablehaven, Beyonders, Dragonwatch - Brandon Mull has proven himself a master of middle grade fantasy adventure. His Fablehaven series about a magical creature wildlife preserve is incredibly fun and unbelievably imaginative—great for all ages. You really haven’t lived until you’ve imagined kids milking a giant cow by sliding down its udders.

Kenneth Oppel: Airborn, The Boundless - Oppel’s middle grade stories all vary wildly from one another, but in each he does a fantastic job of developing his worlds and creating unique, gut-wrenching stories. Flying ships, massive luxury trains, you can’t go wrong with one of Oppel’s books.

Karuna Riazi: The Gauntlet - A newcomer compared to the rest of the list, Riazi’s debut The Gauntlet gives an exciting story, a compelling cast, and an intriguing adventure inside a giant mechanical board game. I’ll be looking out for more from Riazi moving forward, too—her characters are so authentic, and the story’s a real page-turner.

James Riley: Story Thieves - Riley’s Story Thieves is all about the adventures we find in books. Where would you go if you could jump into your favorite stories and experience them alongside the characters? It’s an exciting race through literature that shows just how fun reading can be, and a great way to round out this list.

There are so many more, and just like Riley’s Story Thieves I wish I could jump into each and experience the worlds they have in store for me. And I’m looking forward to sharing my own, new story next year when The Hotel Between releases from Simon & Schuster.

Sean Easley started writing in third grade because he was looking for adventure. He’s worked with kids and teens for well over a decade, listening to their stories, and somehow ended up with a Masters degree in education along the way. Now he’s a full-time writer living with his wife and son in Texas, where he stubbornly refuses to wear cowboy boots. Visit him at seaneasley.com and on Twitter and Instagram @AuthorEasley.