Where Your Books Can Take You!! 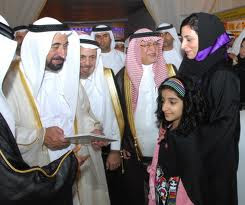 As I write this, I'm sitting in seat 22E on Emirates Airlines, a mere three hours away from Dubai, super jet-legged, but even more excited! I was invited to speak at the Sharjah International Book Fair, which is the reason for this unforeseen adventure my husband and I are about to embark on, and it all started with one single idea that I sunk my teeth into, pulled my hair out over, and defended as if it were my own child.

My first book, Nightshade City, started as picture book, but quickly morphed into a middle-grade novel of good versus evil, in a cutthroat world of underground rats.  As many of you know, it was an upward battle getting my first book published, so to be on my way to another country--another world--all due to that first book, it puts everything into perspective. I won't say I always believed in myself, but I believed in my book, and just kept going, no matter what boulders were dropped in front of me, and trust me, there were plenty of those.  Now I'm onto new writing ventures and in the process of editing the final book of the Nightshade Chronicles, Lords of Trillium. It's strange to think that I'm working on the final book, when, for the longest time, I was unsure if there would be a first book.


In terms that make sense to even in this late hour (3AM in Dubai), start with an idea, build on it, believe in it, don't give up on it, and see where it can take you.