I don't know about you, but I'm a little obsessed with children's classics. When I go into a used bookstore they're the first thing I look for. I'm ever hunting for hardback, illustrated copies, ostensibly for my kids' libraries, but let's be honest: I'm keeping the books when they move out. I even named my son Corin after a character from the Chronicles of Narnia and my daughter Avonlea after L.M. Montgomery's Anne series (resulting in us now owning an inordinate number of copies of Anne of Green Gables). So maybe I'm a lot obsessed with children's classics.


I'm always hunting for newer books with a classic feel, especially fantasies. This quest has led me to discover Susan Cooper's excellent The Dark is Rising sequence, Diana Wynne Jones's Howl's Moving Castle series and Phillip Pullman's His Dark Materials trilogy, all of which have been around long enough and been praised loudly enough to merit the distinction of new classics. 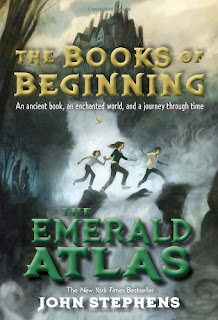 The last few weeks I've been reading John Stephens's Books of Beginning trilogy, which I stumbled upon when I saw a blurb calling it "A new Narnia for the tween set." I've been really impressed with the series so far (I'm about to begin the third and final book, which released earlier this year). Stephens straddles the line between classic and contemporary very successfully and it's got me thinking about what makes for a new children's classic while still satisfying the tastes of a contemporary audience. 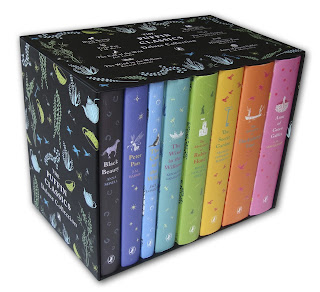 You and I both know that if we were to sit down and pound out a story using C.S. Lewis's voice, it would smack of insincerity, being that we're neither living in the 50's, nor British, nor an Oxford don. New classics need to feel timeless, but they also need to relate fully to today's reader and feel authentic to the writer's persona. Here are some ways I'm noticing Stephens and others accomplishing this feat:

Classic elements: This can mean revisiting well-known fantasy, myth, or fairy tale themes, but doing so in a fresh way so that the reader reimagines familiar elements. In Stephens's trilogy, for example, there are dragons, dwarfs and elves, which borrow heavily on established fantasy parameters, but are simultaneously Stephens's unique take on them, making the reader think, "Oh, so that's what a dwarf is really like." Stephens also creates new fantasy creatures, like the undead soldiers known as the morum cadi or the nameless monster fought at the end of the novel, which fit seamlessly into an existing fantasy landscape.

Voice: Another way to evoke the classics is through using a classic narrative style, often third-person omniscient, or at least a timeless quality of narrative voice. There's great range of possibility for this, especially considering the quirky voices of writers like J.M. Barrie or Roald Dahl, or the third person limited voices of more recent classics like Harry Potter or The Golden Compass. Regardless, there's a kind of high-minded authority to the classic narrative style that allows a work of fiction to transcend its own era.

Plot: Classic children's literature also tends to be plot-forward, even neglecting character development. That won't fly with today's reader (more on that in a moment), but a character novel without a driving plot probably won't produce a classic either.

Meaning: Classics tend to have an enduring, undergirding meaning that gives the stories depth. They explore some vital aspect of living, of growing up, of redemption, or love, or good versus evil.  It seems that without this element, attempts at mastering the previous three will never attain the enduring quality that all classics share.

Character: While the narrative voice might be ageless, the character voices can and should be fully realized, even with slang and modern attitudes. More than this, though, today's reader is looking to undergo an internal journey with the main characters. The character arc, then, becomes the structural heart of the novel, while the narrative arc is built around it. The contemporary classic writer has to do both plot and character development well.

Action: Today's reader just doesn't have the patience of yesteryear. I don't think that's a bad thing, or even a lazy thing. I think writing has evolved. Television, film, and books inundate us with stories in a way previous generations couldn't imagine, and we as constant consumers of stories need greater stimulation to capture our attention. The contemporary classic is accomplished successfully through a quickly changing narrative, be it through action, cliff-hangers, shifting power differentials, or changing relational dynamics between characters.
It's no easy task to attempt new classics without being derivative and only time reveals which stories will endure for future generations. Yet these are the books for which I seem to have an insatiable appetite, so I continue to search them out.

Have you read any books recently you'd consider a new classic? Are there any other techniques you see writers using to create new classics? Please comment and join the conversation!
Posted by Joanna Roddy at 7/09/2015