What Do You Write? – by Jim Hill 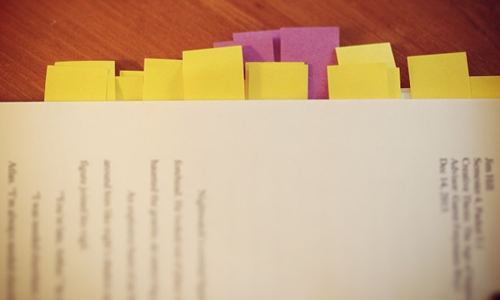 I’ve just returned from my first stint as a graduate assistant for the Writing for Children & Young Adults summer residency at Vermont College of Fine Arts, and it was fantastic. Ten days of lectures and readings from the top-notch faculty and graduating students (Yay, Craftographers!). Not to mention the after-hour socializing with like-minded folks who live and breathe children’s literature. Truly, it’s like a Fantasy Writers Camp for (alleged) Adults. My brain is still buzzing with the stories and ideas I heard. So good.

But there’s that one question that comes up again and again when meeting another writer for the first time (not just at VCFA but at conferences or any gathering of writers).

“What do you write?”

As crazy as that question makes me, I’ve asked it as many times as I’ve been asked. It’s a natural opening line. It’s a veritable Sorting Hat for Scribes. And I find it nearly impossible to answer succinctly.

Don’t get me wrong, I can give you a pretty decent elevator pitch for my current WIP (or three other projects sitting in the drawer), but somehow the question begs a bigger response. It tugs at my philosopher’s soul. It’s one of the few times I want to go deep and not glib.

What do I write?

I used to toss out the sound byte answer “middle-grade boy humor” and that generally satisfied whoever asked. And maybe that’s all that’s needed, but that answer rings in my ears like the sound of a prison door slamming. I just locked myself up and threw away the key. Where’s the parole board? Do I get a phone call? A cake with a file? Because the truth is I write so much more than that, and I hope I always do.

I started down the kidlit path as a former computer game artist looking to make picture books (PSA: Picture books – the Gateway Drug of Children’s Literature™). I wrote a bunch of manuscripts, and then one morning I started a middle-grade book because… well, because the character came to me and wanted out. And he didn’t fit into a picture book. I’d tried that. Marshall’s story was bigger than a picture book, and his sister was meaner.

The Gateway Drug had worked. It turned me into a wannabe novelist.

I still wrote picture books on the side. And poems. I attended conferences (the Cape Cod Writers Conference, NESCBWI, SCBWI, and the Big Sur Writing Workshop). My ambitions grew along with my reading list. My favorite authors didn’t limit themselves to one story format. Why should I?

I admired the way Adam Rex jumped between picture books, middle-grade, and young adult. M.T Anderson’s range was staggering. From Whales on Stilts to Feed to Octavian Nothing. Maybe my hubris was only outstripped by my naiveté, but I didn’t think that writing across formats was a bad thing. How did I come to that idea? Two reasons:

I sat down that fateful morning to work on a picture book and this sentence popped out instead:

“I didn’t know it, but M.Alice had already ruined my life by the time I got to the bus stop that morning.”


Nope. Marshall’s story wasn’t going to be a picture book, and there was no turning back.

When I wrote the (then) opening lines for the Age of Supers, I knew it wasn’t a middle-grade boy humor book.

“I slap the door open, hit the sidewalk and accelerate. I don't know why I want to run, I just know I have to get away from school. I'd have ditched early, but last time they said they'd flag my chip if I did it again, and then I'd have nowhere to go anyway. Unless I want a one-way trip to the 'claves. Which I definitely do not.”


Harper was a seventeen-year-old-girl on the run from something. Maybe it was from preconceived notions of genres and manic pixie dream girls. I knew there was only one way to find out.

So what do I write? A lot of things. YA novels, MG novels, poetry, picture books, scraps of dialogue, funny titles, the odd character name filed away for future use, and way too many Facebook updates.