The 3 Acts of Sound: Re-inventing How You Write with Audio by Donna Galanti 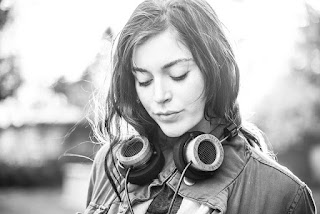 Writing requires digging into our senses to show what a character feels, hears, sees, tastes, and smells. But what about the writer? Enriching our own senses can enrich our writing. It can spur a mental and physical response that deepens our characters and setting.

Silence was once my friend and what I thought was required to write. This past year, my writing process has evolved out of necessity. My writing habits grew stale and the words lost their fluidity.
Without realizing it, over the past few months I’ve organically infused new processes into my writing to combat this. When taking a closer look at them I realized they all had one thing in common: sound.

Here are the three ways sound has become a new foundation for my writing process. 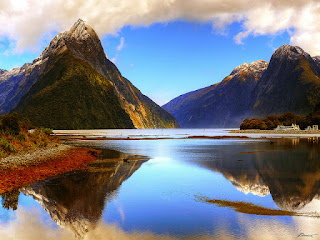 Use real life setting to infuse your story setting

I discovered the magical concept of recording on my new smartphone. Not since I was eleven years old with my push button cassette recorder, had audio story telling so claimed me! Back in 1980 I downed Kool-Aid and Nutter-Butters with my best friend as we created commercials on wishful products like … Pepsi Flakes Cereal (wouldn’t that be a cool breakfast?).

Now, strolls through woods suddenly became paths to other worlds. People in my story walk beside me, speak to me. They love, they fight, they suffer, they rejoice. Mountains loom, storms rage, rivers flow, and secrets tumble. My character’s words and their world spill out from me, the narrator, onto the story stage (and if no one is around I get theatrical and act my scenes out!).

The earth and air around me weave into my story, crossing into fantasy. The whispering wind chills my skin, the burbling creek roars in my ears, the crackling leaves crush beneath my feet. And it all infuses my story. The real life world becomes my story world.

As I fade back to the solid world and my desk, I transcribe my words and embellish on all I’ve recorded.

Try this:
Place yourself in a similar setting of your scene (or one you can connect to for your story’s sake) and use it to your advantage incorporating the senses as an active participant in the story. See the story setting before you and use the real world to describe it. In transcription, you will have a second pass to edit what you’ve recorded and likely guaranteed to have extended thoughts that build on your audio file. 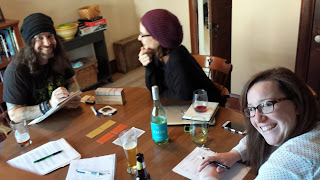 My awesome critique group!
Act 2
Critique Group
I was excited to be invited to be part of a critique group of children’s authors this year that meets once a month. This was something I’d never ventured doing! I’ve used editors and beta readers, but never been held accountable to submit work and review work in a group.

Our rules state that a moderator reads the first page then the person being critiqued must wear The Sombrero of Silence for twenty minutes while the other members speak freely about their work (thanks former Mayhemmer Joe McGee!). Listening to others debate your scenes while keeping mum has been fascinating. I am a fly on the wall, scribbling notes as their words, passion, and ideas spew around me. This one-way audio sensory experience enables you to hone in on each spoken word with clarity and to seek its meaning. You are a receiver of sound but not a producer of sound.

Try this:
Paired with writers of the same level and mindset in a critique group keeps you accountable to your work and pushes you to see issues in other works that you may see in your own. Also, the camaraderie inspires community in a business that is very much solitary. Being a non-participant, hearing your work read aloud and discussed without your engagement, peaks the senses to pick up on each idea and word with total awareness. 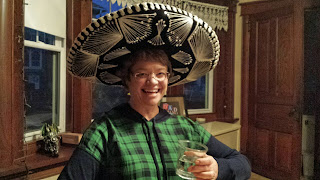 The Sombrero of Silence

Act 3
Write to Music
I had always connected songs to characters and scenes in my previous novels, but I never wrote to the music. I would listen to theme songs prior to writing and then sit down to write, the melody and mood flowing through me to capture scenes on paper. Recently, stuck on my current work-in-progress, I decided to write to instrumental music. I purchased headphones and chose soundtracks to match the storyline and setting (Lord of the Rings and Gladiator) not knowing what to expect.

My first day I wrote with such fervor, the tears flowed and covers flew off two letters with my keyboard pounding. Like recording scenes outside in nature, I was transported to my world. I became this anguished character, witnessing the roiling sea before me and facing a life of desperate yearning. A new doorway had opened for me writing to music. One I never knew existed.

Try this:
Music sets the mood and our mood as writers. Having difficulty envisioning a scene? Close your eyes and listed to mood-inspiring music to see it and feel it on the page. Some writers I know use Pandora to create playlists. Try these directories to write by: Sound Fuel and 8Tracks.

I wonder what sense is next to be blended into my world of writing? They say the nose knows. New research proclaims that the nose can remember 1 trillion smells – far from the long believed 50,000. Smells are powerful memory triggers. When you first smell a new scent, you link it to a person or event. Like the scent of fresh cut grass can remind you of a summer day, even if it’s the end of autumn. And when you happen upon that smell again, the link is there, ready to pop that memory open.

Imagine popping open those memories to deepen character and setting. I love stewing apples with cinnamon all throughout the year. Why? The smell reminds me of childhood when my mom gathered apples in our orchard and stewed them for breakfast with homemade biscuits and sorghum. Up next – writing to scents!

Has sound transformed the way you create as an artist? If so, how? Share your experiences!
Posted by DonnaGalanti at 5/26/2016