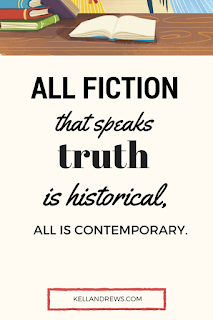 When I was in eighth grade, my school district determined that girls and boys would study the exact same curriculum. This was progress.

In sixth and seventh grade, we girls had taken Home Economics while the boys had Industrial Arts. In eighth grade, however, we would rotate to take both subjects, one half year in each one in mixed gender groups.

I had Home Ec first. I remember making the first Caesar salad I ever ate. The recipe called for canned tuna instead of anchovies. It wasn’t authentic, but still delicious. I also remember a male classmate telling the teacher that really good cooks don’t need recipes. (We call that “mansplaining” now.)

The Industrial Arts teacher had an even worse adjustment than the Home Ec did. He took his eyes off what he was doing when a girl student called out to him, her unaccustomed high girly voice carrying across the class. He looked up, and he cut off three fingers on a circular saw. It was a memorable day for everyone. (We call that “being a distraction” now.)

Thus when I finally took my first shop class, my teacher was an experienced substitute who had been called out of retirement while the injured shop teacher healed.

Mr. Legg was a taciturn sort, and he had lived through a lot that was far worse than the unfamiliar presence of 13-year-old girls in his classroom. He bore an Auschwitz tattoo on his forearm. He wouldn’t talk about it, but he didn’t hide it. I think he wanted you to know it was there.

The Holocaust seemed so distant in 1983, but Mr. Legg had survived it.

Now I realize how close it was -- the liberation of Auschwitz had happened just 38 years earlier.
I’m sure middle-school students now also think the Holocaust is ancient history. It’s not.

I’m sure that the softer bigotry the required different classes for boys and girls seems distant as well. It was just 33 years ago -- history to current middle graders.

Antisemitism, sexism, and bigotry of all kind are not in the past. Racism didn’t end with slavery -- it continues. Antisemitism and misogyny are resurgent, reactionary convulsions in the face of other progress. Genocide, religious, gender, and racial violence continue on the evening news, in Mosul, Ferguson, and Orlando.

It can be difficult for middle-grade writers to look at current events and culture with the clear eyes reserved for hindsight. History moves -- current events slide into the past as we write about them. Distant events emerge as relevant.
But as middle-grade writers, we have an opportunity to make past and present real and vivid. That’s what historical fiction is for, even with the humbling fact that our own childhoods are now the realm of historical fiction. It’s also what contemporary fiction is for, turning the writer’s lens to the present.
We’re living in history, past and present. All fiction that speaks truth is historical, all is contemporary.
Posted by Kell Andrews at 10/24/2016