Five months ago, my publisher, Bloomsbury, told me they wanted to change the title of my first book. The idea was a shock to the system. The book had always been called Ronald Zupan and the Pirates of Borneo!, and I was deeply enamored with the Indiana Jones-ish, pulpy feel of that title.

If there was a combination of adjective and noun, you can bet I tried it.

The Thrill Brigade.
The Peril Squad.
The Hazard Team. 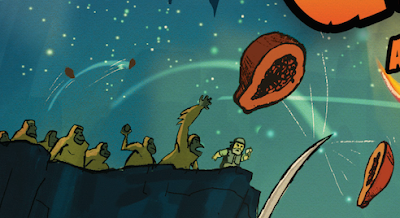 In June, I flew to Thailand with my girlfriend. On the first day of the trip, riding in the back of a tuk tuk on the way to a train station, I was finally able to separate myself from the old name. To detach a little. I could see that for all of Julianne Sato’s hard work in the novel, leaving her out of the title would be a slight.

Almost instantly, a new title popped into my head, as if it’d been waiting there all along. I turned to my girlfriend. “The Danger Gang and the Pirates of Borneo!”

She was counting bills to pay our driver. “I like it.” She flashed me a smile. “Actually, I really like it.”

I repeated the title as we bought tickets. I muttered it again as we boarded a 1940s-era train. That night, I emailed the title to Bloomsbury.

Their reply came the next day: Everyone was all in on the Danger Gang.

A few weeks ago, I was chatting with my friend Jarret Myer, one of those rare folks whose expertise is having a sense of what’s cool. I told him that story because we were talking about how collaboration is essential to making art and sometimes you have to be willing to bend. Or at least I thought that was the point, until I started to leave and Jarret stopped me.

“Put it this way: I’d pick ‘The Danger Gang’ up before I’d pick up the other one.”

When Jarret said it, I realized that I agree with him. The new name is more inclusive and fits perfectly with the book’s themes. It’s more big-hearted in its worldview. Ronald often idealizes himself as a solo hero, but in reality he’s not. Since he writes the book from the first person, past tense—after realizing that he couldn’t have succeeded on his mission without help—there’s no excuse for the old title.

I don’t put much stock in the notion of an author with a “singular vision.” I think we, as writers, can be overly rigid about our ideas and become myopic. The best luck we can strike is finding collaborators who will catch our blind spots. People who will urge us, as Mary Kate did when I was hesitant about the title change, to “Take some time and really think about this.”

We all like to talk about the writer’s toolbox. Perhaps one tool that too often gets neglected is the ability to recognize when someone else knows best.

With all that said, I’m thrilled to share the cover for The Danger Gang and the Pirates of Borneo. Like Ronald’s adventure, it hasn’t been a solo expedition. The illustrations (on the cover and inside the book) were done by the astoundingly talented Arree Chung—who has added constantly to the project by bringing awesome ideas and superb imagery to the table! 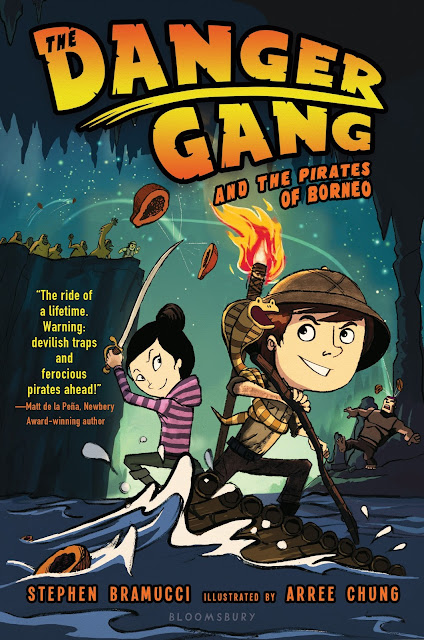 The Danger Gang and the Pirates of Borneo will be released in early August 2017.

Email ThisBlogThis!Share to TwitterShare to FacebookShare to Pinterest
Labels: cover reveal, Stephen Bramucci, The Danger Gang and the Pirates of Borneo