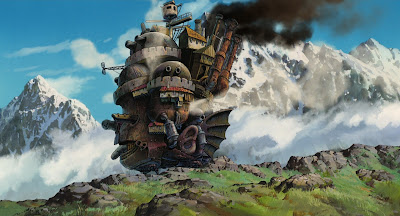 Have you ever been saddened by the thought that you've already read all of your favorite childhood novels, and you'll never again have the intoxicating experience of discovering them and entering their worlds for the first time? I do often. Whenever someone tells me that they've never read Harry Potter, or Lord of the Rings, or Narnia, I never think negative thoughts. Rather, I think, How lucky for them. They have all that just waiting to be discovered.

However, some good gifts do come late, and for me this has been discovering the writings of Diana Wynne Jones. If you have never heard of her, your reading material is about to get a major boost. I am no expert on Diana Wynne Jones, but I began reading her books a few years ago and feel as though some vital readership that was withheld from me in childhood has now resurfaced and leads me into a second youth. 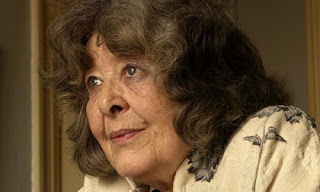 Jones was an author who wrote many children's books. She was British and attended C.S. Lewis and J.R.R. Tolkien's lectures as a student at Oxford. I think that Jones was quite popular in her own country, but she may not have been so common in the average U.S. library, especially as she wrote during the rise of realist books for children, and fantasy had a sort of dangerous frivolity attached to it by well-meaning adults. 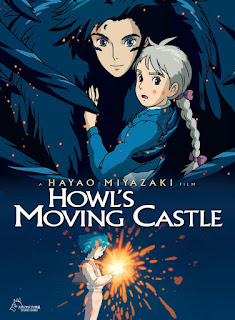 My first introduction to Jones was through the film Howl's Moving Castle by Japanese film-maker Hayao Miyazaki (another delightful discovery, if you've not watched his enchanting animated films). I grew curious about the author and began reading the Howl Series. Since then I've devoured the Chrestomanci Series, which I enjoyed even more than Howl and have read many of her collected essays and speeches in Reflections on the Magic of Writing (the recent edition has an introduction by Neil Gaiman, who was a friend and admirer of her work). 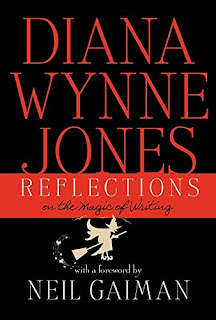 As a writer, I always bring a kind of apprenticeship mindset to my reading. I pay attention to plot, characterization, language, style, and anything else done masterfully or differently than I've seen before. Jones is remarkable for her complex plots that seem deceptively simple, never faltering in their tone and readability for a young audience. It's a kind of genius how her plots unfold, how surprising are her turnings, yet how every ingredient is there from the beginning.

It strikes me that her books must occur to children much as life itself. There is a great, almost unknowable complexity to the world around them, but their own course through it is quite linear and understandable and familiar. And then when mundanities suddenly erupt with magic, meaning, and purpose, it's no great surprise. The latent power of every day things is always there, obvious to any child who suddenly discovers that balls are actually three-dimensional circles, or that certain animals can learn to talk or use sign language.


Another thing I'm learning from Jones is her characterizations of children. They are neither miniature adults nor two-dimensional partial humans. They are children in the way one remembers one's own childhood. In your memory, aren't you fully yourself: reasoning, understanding, but without experience to inform you, and often in the frustrating position of having very little power? Jones's child characters are spot on.

Something surprising about her work is that books within the same series often seem wholly unrelated to one another until one approaches the end of the novel. There are always new characters and settings. I don't know how this would go over in today's publishing industry, but Jones pulls it off beautifully, drawing you into a new world with the tantalizing promise that an already beloved fantasy universe will make itself known sooner or later. 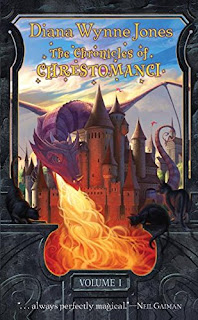 I encourage anyone to start on Diana Wynne Jones's novels. She has written for adults as well as children. It makes me exceedingly happy to know there are many more of Jones's books for me to read and many an hour to sit with a warm cuppa in a comfortable chair enjoying them. Is there really any other kind of happiness?

I would also very much love to know of any other children's authors or series that readers and Project Mayhemmers have discovered in their adulthood. Please share!
Posted by Joanna Roddy at 10/17/2016